Despite their holidays, the college left no stone unturned to put their best foot forward to put up an exceptional show that was appreciated by all invited veterans. The Rotaract Club contacted Cdr Vijay Vadhera, Secy NFMC for inviting the Veterans to grace the occasion. As Cdr Vadhera was himself proceeding outstation, he sent the names of volunteers, who were then cordially invited for the show. After a motivational address by the Principal the eminent senior veterans were invited on stage for a panel discussion on the topic,’’Borderless World: a practical approach”. The panel discussion started after the customary lighting of the lamp on stage by the Chief  Guest.

Capt SS Sethi initiated the discussion with an introduction to the types of borders, reasons and their necessity and relevance in the modern world. Capt Rakesh Agarwala further elaborated with a touch of humour the compulsions of maintaining the Borders. Cmde Sanjay Tiwai acquainted the audience with the complications of maintaining the maritime borders. Brigadiers P. K. Gulati, V. K. Sharma and Nag further amplified the discussion with examples of world treaties on border issues. After the second round of deliberations, Mr Ahuja moderated the discussion concluding that the world would be a better place if the feelings of the hearts were in unison in a terrorism-free planet, before a befitting Shayari for the occasion by me in the Qs-Ans session. The senior veterans on stage were then felicitated by the presentation of a memento and shawl by Mr SP Ahuja.

The college students then put up a brilliant and mesmerising cultural programme including a sensational skit on the making of the first Airforce lady fighter-pilot Avani Chaturvedi. During the stage shows the remaining veterans and other dignitaries including the NFMC Veer Nari committee member Mrs Janki Bandoola, Veer Nari Mrs Kunj Bali, Gp Capt Nanda, Capt Shikher Chander Cdr Raj Dutta and Cdr SD Singh were felicitated. This was followed by a delicious dinner for the Veterans and dignitaries, who were well looked after by the smart students of KC College. It was a  homecoming event for the two sisters Kunj and Meena who are the college Alumni of KC and the Principal and staff were glad to meet them.

A very well organised event for the Veterans of the Army, Navy and Air-Force by KC College, the memories of which shall be cherished in the footprints of time to come by all those who graced the occasion. The Veterans specially thanked the Principal Dr. Hemlata Bagla, Vice Principal Shalini Sinha,  Rtns Jay Sotta, Nirant Shah,  Riya Shah, Sajani Aras, Vinita Mehta, Akshita Shah, Hansika Shahani and other appointees who toiled hard to make the programme a grand success. 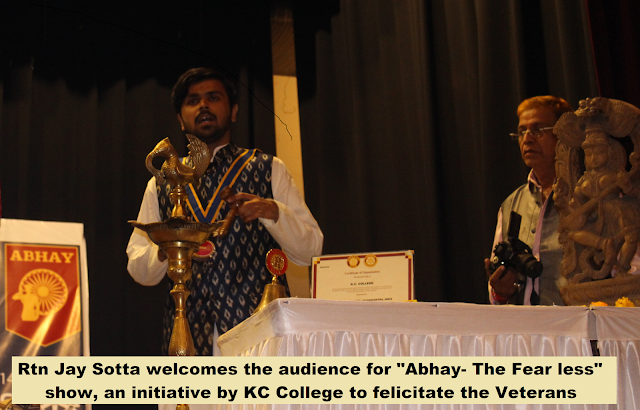 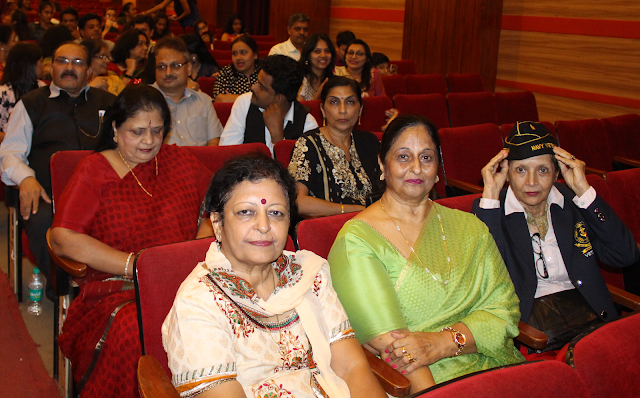 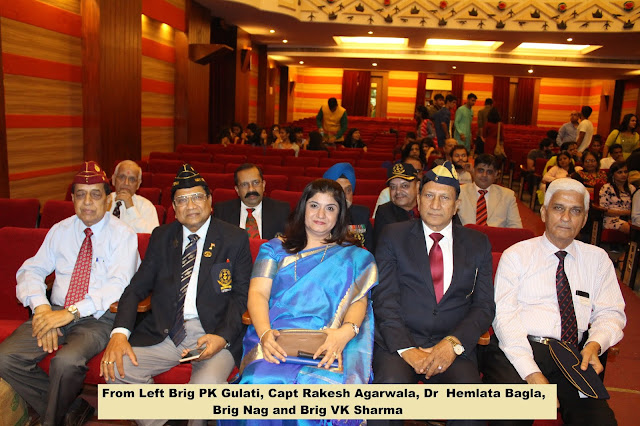 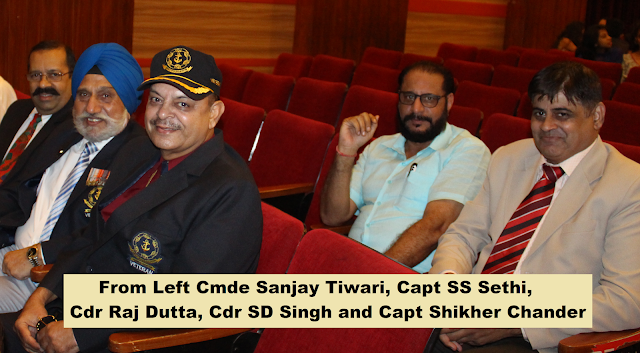 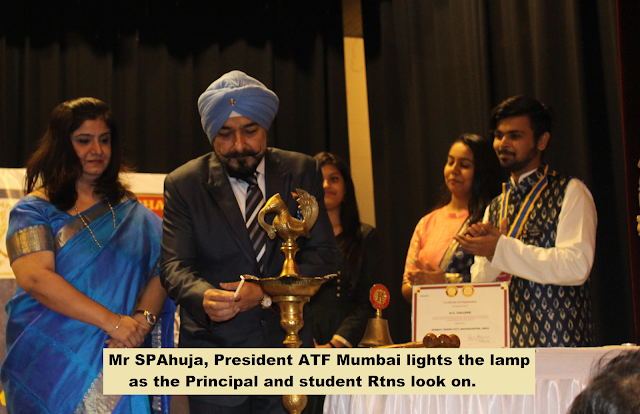 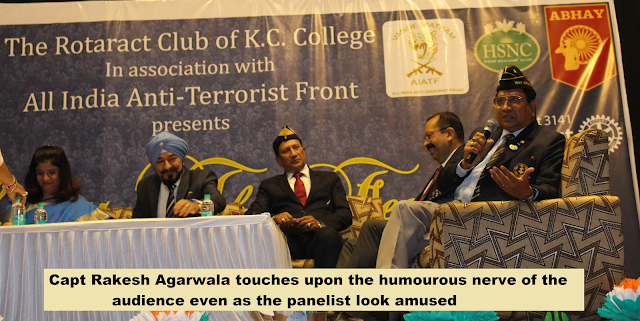 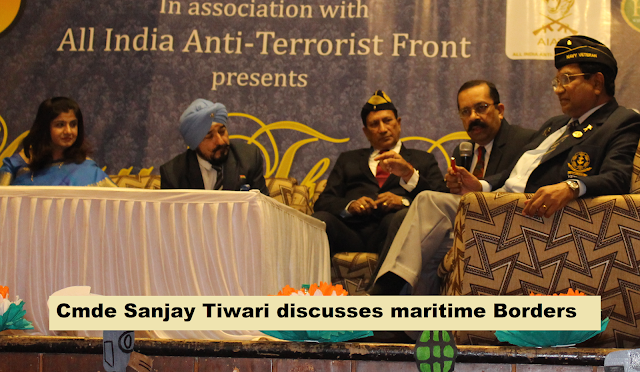 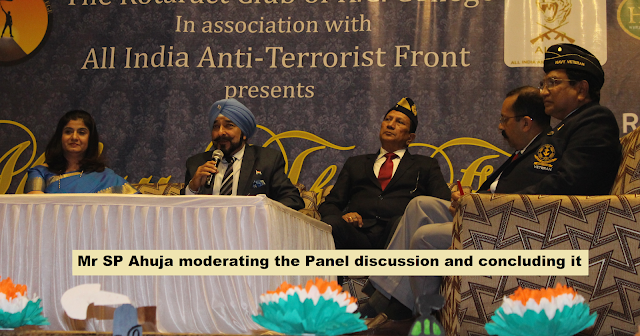 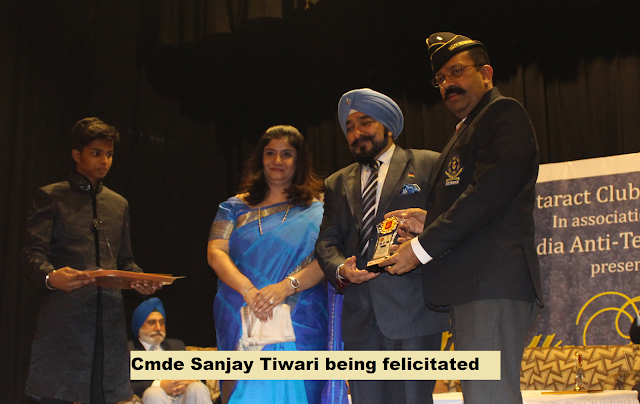 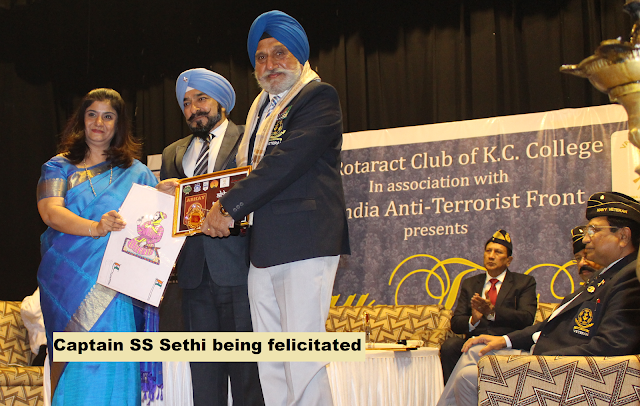 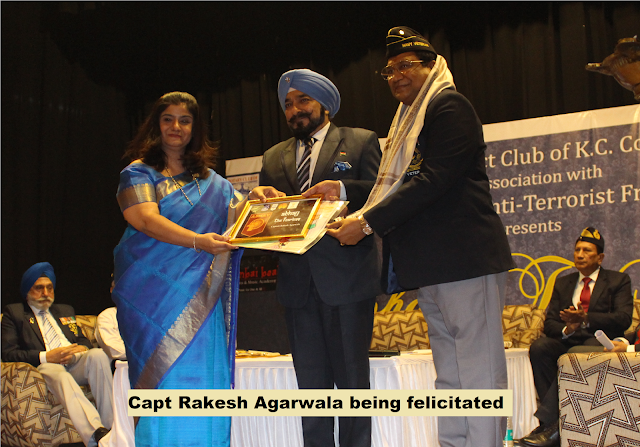 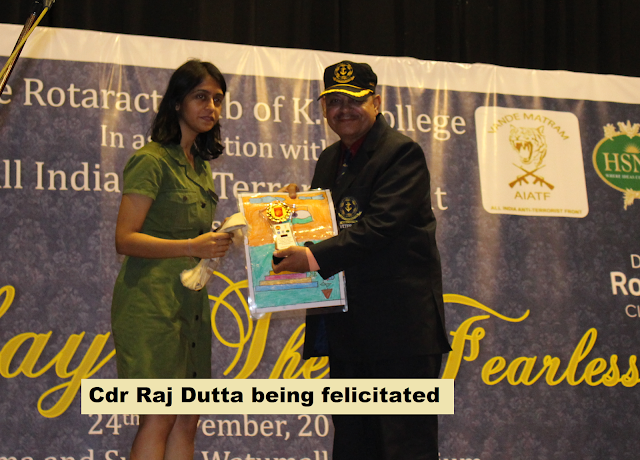 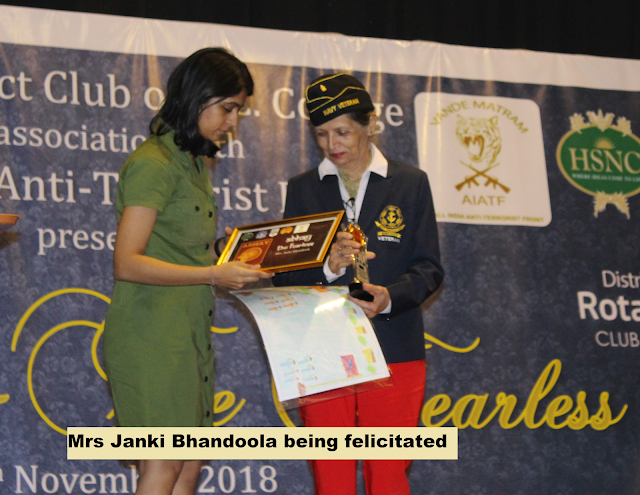 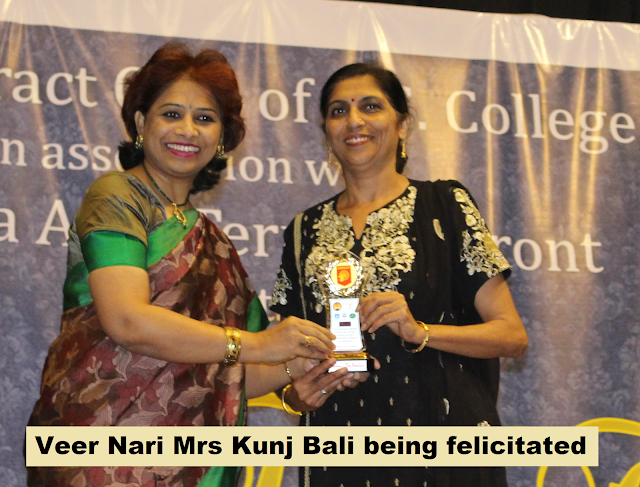 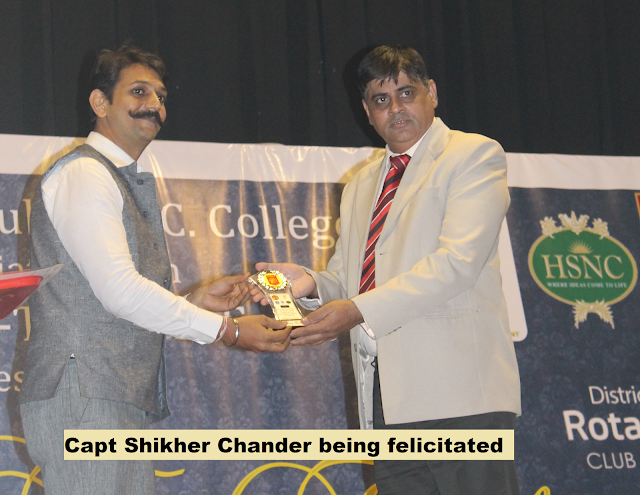 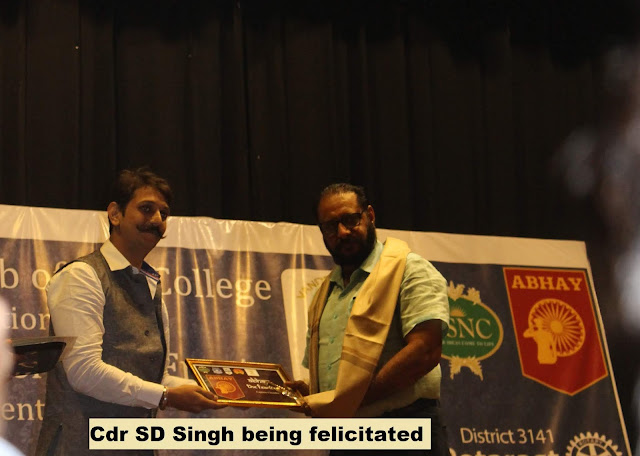 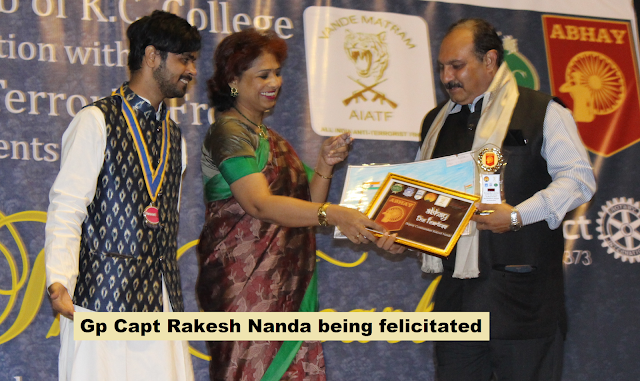 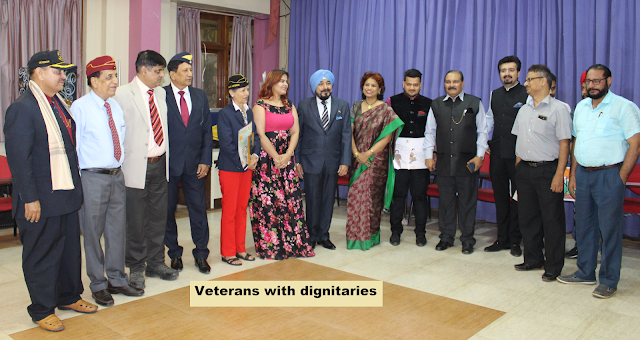 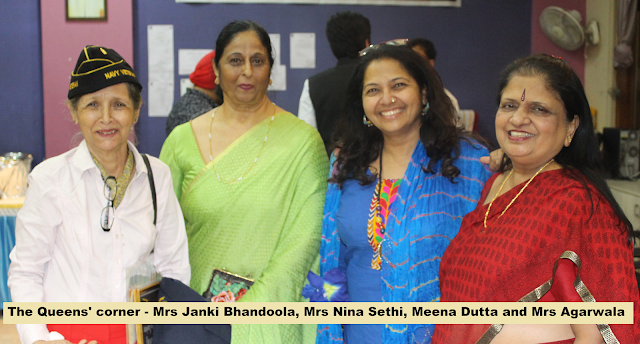 SOME HEROES REMAIN UNSUNG
============================
Dear Friends,
In the era after WWII, there have been two incidents in history, when war-ship of one country was seized by another during peacetime. The first happened on 23rd Jan 1968, when North Koreans captured United States Surveillance ship USS PUEBLO after much firing. Washington was able to get the release of its crew after negotiations. However, the ship, USS Pueblo till date is with North Korea and now moored along Potong river in Pyongyang and used there as Museum ship at Pyongyang Victorious War museum.
The second happened on 11 Jan 1985 when Indian Coast Guard ship JIJABAI seized Srilankan Navy ship P-448 close to Kachchativu Is  in Palk Bay within our IBL .  This surrender of P-448 was taken without firing a single shot nor force of any kind was used.

It was a pleasure to have met Cdr Rajeev Kanwara (40th NDA) today, the Commanding Officer of CGS Jijabai, who has been the Unsung Hero of this Naval operation.

Please do watch this small presentation to Salute Cdr Rajeev Kanwara. He is one obscured star, presently settled in NOIDA, to whom I bow….Naman Sir. 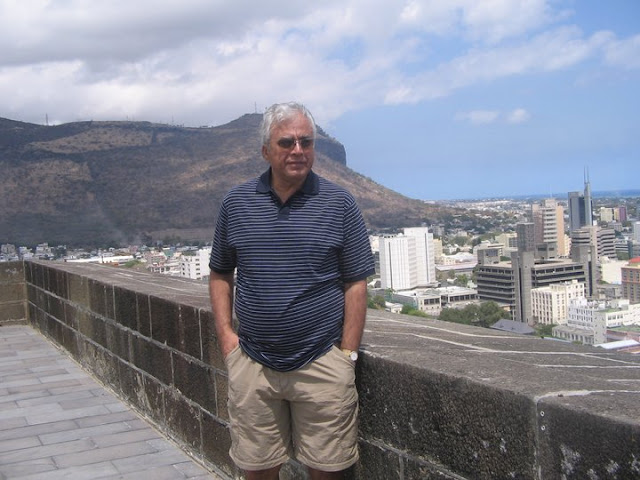