They shall grow not old, as we that are left grow old: Age shall not weary them, nor the years condemn. / At the going down of the sun and in the morning, We will remember them.

Laurence Binyon, For The Fallen 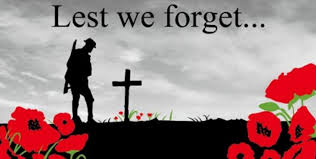 Remembrance Day is a memorial day observed in Commonwealth member states since the end of the First World War to remember the members of their armed forces who have died in the line of duty. Following a tradition inaugurated by King George V in 1919, the day is also marked by war remembrances in many non-Commonwealth countries. Remembrance Day is observed on 11 November in most countries to recall the end of hostilities of First World War on that date in 1918. Hostilities formally ended "at the 11th hour of the 11th day of the 11th month", in accordance with the armistice signed by representatives of Germany and the Entente at Compiegne (France), as that marks the time when the armistice became effective. 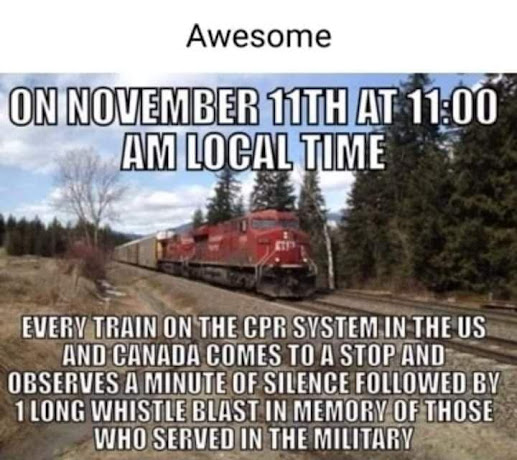 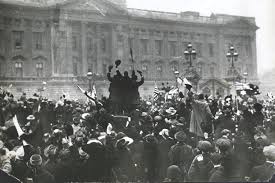 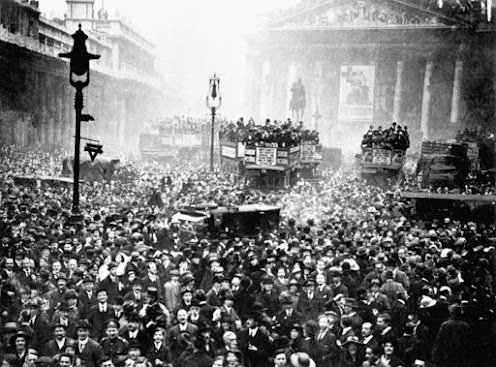 The tradition of Remembrance Day evolved out of Armistice Day. The initial Armistice Day was observed at Buckingham Palace, commencing with King George V hosting a "Banquet in Honour of the President of the French Republic  during the evening hours of 10 November 1919. The first official Armistice Day was subsequently held on the grounds of Buckingham Palace the following morning. During the Second World War, many countries changed the name of the holiday. Member states of the Commonwealth of Nations adopted Remembrance Day, while the US chose Veterans Day.

Similar ceremonies developed in other countries during the inter-war period. In South Africa, for example, the Memorable Order of Tin Hats had by the late 1920s developed a ceremony whereby the toast of "Fallen Comrades" was observed not only in silence but darkness, all except for the "Light of Remembrance", with the ceremony ending with the Order's anthem "Old Soldiers Never Die".

Other countries also changed the name of the holiday just prior to or after World War II, to honour veterans of that and subsequent conflicts. The United States chose All Veterans Day, later shortened to 'Veterans Day', to explicitly honour military veterans, including those participating in other conflicts.

UNITED KINGDOM: In the United Kingdom, the main observance is Remembrance Sunday, held on the Sunday nearest to 11 November. This year it was commemorated on Sun 08 Nov. There is a National Service of Remembrance in London, as well as other services and ceremonies in the regions. Typically, poppy wreaths are laid by representatives of the Crown, the armed forces, and local civic leaders, as well as by local organisations including ex-servicemen organisations, cadet forces, the Scouts, Guides, Boys' Brigade, St John Ambulance and the Salvation Army. 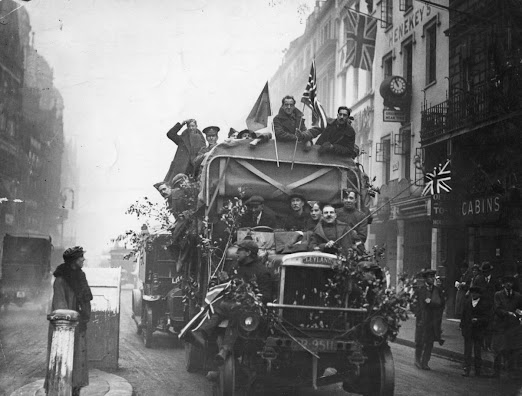 AUSTRALIA & NEW-ZEALAND :  In Australia and New Zealand, Remembrance Day is always observed on 11 November, regardless of the day of the week, and is not a public holiday; it is a time when people can pay their respects to the substantial number of soldiers who died in battle. Some institutions observe two-minutes' silence at 11 am through a programme named Read 2 Remember,  children read the Pledge of Remembrance by Rupert McCall, and teachers deliver specially developed resources to help children understand the significance of the day and the resilience of those who have fought for their country and call on children to also be resilient when facing difficult times. Services are held at 11 am at war memorials and schools. In recent decades, Remembrance Day has been largely eclipsed as the national day of war commemoration by ANZAC Day  (25 April), which is a public holiday in all states. Attendance at Anzac Day services boomed, while that to Remembrance Day services continued to decline. Anzac Day is a national day of remembrance in Australia and New Zealand that broadly commemorates all Australians and New Zealanders "who served and died in all wars, conflicts, and peacekeeping operations" and "the contribution and suffering of all those who have served". 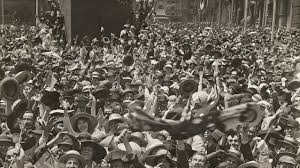 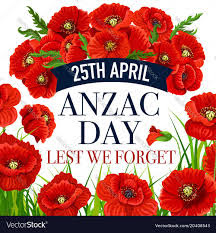 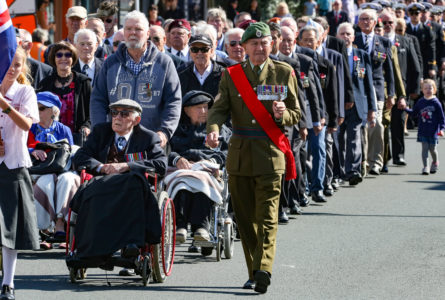 CANADA : In Canada, Remembrance Day (Jour du Souvenir) is a statutory holiday in all three territories and in six of the ten provinces. The federal department of Veterans Affairs states that the date is of "remembrance for the men and women who have served, and continue to serve our country during times of war, conflict and peace"; particularly the First and Second World Wars, the Korean War, and all conflicts since then in which members of the Canadian Armed Forces have participated.  The department runs a program called Canada Remembers with the mission of helping young and new Canadians, most of whom have never known war, to understand and appreciate what those who have served Canada in times of war, armed conflict and peace stand for and what they have sacrificed for their country. 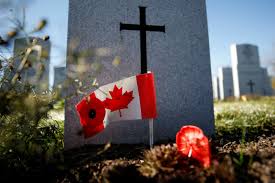 USA: Veterans Day is observed in the United States on 11 November, and is both a federal holiday and a state holiday in all states. However, the function of the observance elsewhere is more closely matched by Memorial Day in May. In the United States, and some other allied nations, 11 November was formerly known as Armistice Day; in the United States it was given its new name in 1954 at the end of the Korean War to honour all veterans. Every  year on November 11th at exactly 1100 hrs local time, every train in America and Canada comes to a standstill to observe a minute’s silence, followed by One Long Whistle, in memory of those  who served in their military.  Veterans Day is observed with memorial ceremonies, salutes at military cemeteries, and parades. The concept of the Veterans Day (originally known as Armistice Day), dates back to 11 Nov 1918 when the U.S. President Woodrow Wilson issued a message to his countrymen on the first Armistice Day, in which he expressed what he felt the day meant to Americans and honoured the Military Veterans of  WW-I. 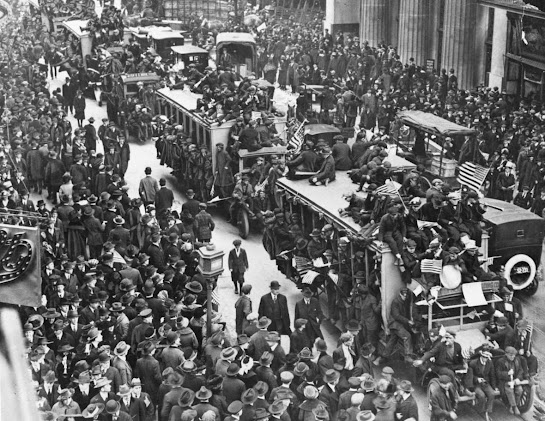 INDIA : Very few of us know or are even aware of the fact that 1.5 million Indians took part in WW-I and 75,000 of them perished in the war. In India, the day is usually marked by tributes and ceremonies in army cantonments. There are memorial services in some churches such as St. Mark's Cathedral and St. John's Church in Bangalore.  At Kohima and Imphal in the remote hillsides of North East India, services of remembrance supported by the Indian Army are observed at Kohima and Imphal War Cemeteries (maintained by the Commonwealth War Graves Commission). The day is also marked at the Delhi War Cemetery.  In other places in India, this event is not observed. In 2013, Prince Charles and Camilla, Duchess of Cornwall, marked the day in Mumbai's St. John the Evangelist Church. India in addition celebrates Independence Day, Republic Day and Vijay Diwas apart form Army, Navy and Air Force Day when it remembers the braves who had laid down their lives in the ultimate sacrifice for their motherland. 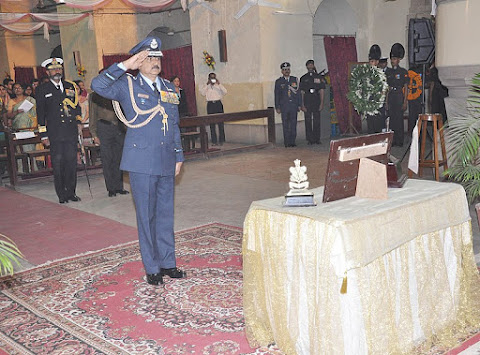 VETERANS DAY : Our Veterans or ex-servicemen form a very large community. So a need was felt to dedicate a Day to them for two primary reasons: One to honour these Veterans, Two – to resolve the problems faced by them after retirement. Two years ago, It was decided by the Army Headquarters and instructions were issued to all Sainik Welfare Departments in the country to observe 14 Jan as the Veterans Day, the day when our first Field Marshal KM Cariappa hung his uniform. The first Veteran’s Day was celebrated on 14 Jan 2017.

Last year NFMC had planned to celebrate it on a grand scale. Since its a fairly new concept, it was paramount to create awareness amongst Mumbaikars about the Veterans Day.  To meet this objective the Western Naval Command had put up 35 banners and posters at prominent places in our city like Rly stns, Petrol pumps, Road Junctions. Capt Rakesh Agrawala and Cdr Raj Dutta were interviewed on AIR Fm Rainbow Radio that was broadcast for an hour at 11 am on the Veterans Day, 14 Jan.  We had  conducted a C-in-C XI Vs Veterans XI Cricket tournament on 05 Jan, that was won by Veterans by 7 Wkts.  Besides a J-24 boat race between Veterans and serving officers of WNC was also conducted on 08 Jan 2020, won by the Serving Officers Team. (For both these Championships Trophies had been instituted by NFMC). Veterans Officers have imparted motivational lectures in the Schools of Mumbai in Early Jan. The ‘Fauji India’ magazine has dedicated the Jan 2020 issue to the ‘Veterans’ and has published articles by them. The First Veterans Day Parade of India was organised by NFMC on Sun 12 Jan 2020 at Marine Drive in which over 600 Veterans took part amidst great fanfare. Having conducted the Veterans Day events in 2020 in a marvelous fashion, NFMC had planned similar treats for 2021 in a more glorious way, but the current ongoing Pandemic forced us to shelve the fanfare. Nevertheless the managing committee  in a goodwill gesture couriered 140 packets of American Almonds to all octogenarians and veer naris, besides conducting 18th Soman Memorial lecture on 14 Jan 2021 on line.

Covid permitting NFMC plans to hold the same events in Jan 2022  too observing the safety precautions and CV protocol. 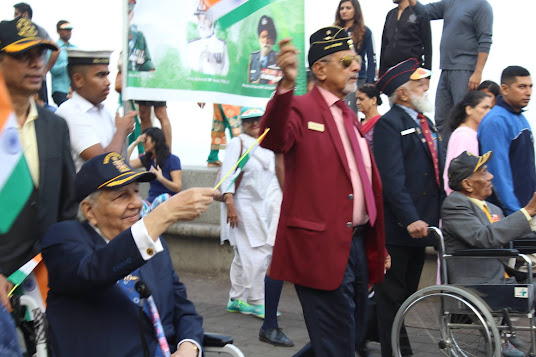 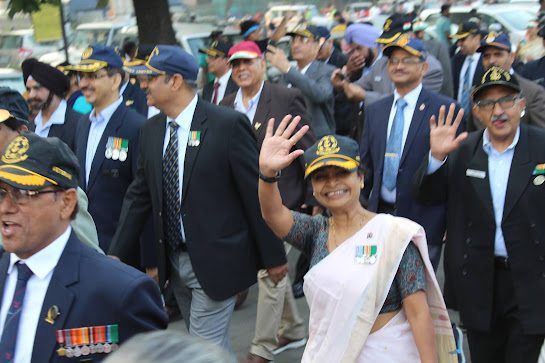 THE CHEERFUL VETERANS AT THE PARADE

LINK TO THE ANZAC DAY  BLOG

LINKS TO THE VETERANS DAY  BLOG 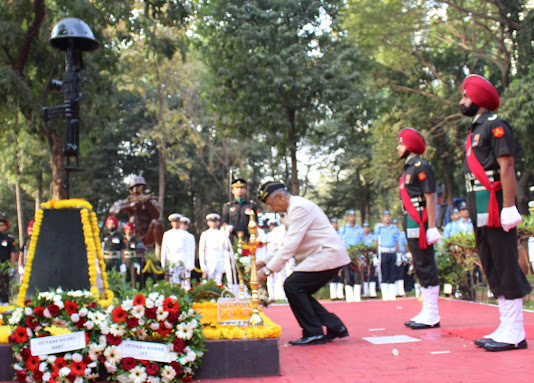