The willingness with which our young people are likely to serve in any war, no matter how justified, shall be directly proportional to how they perceive the Veterans of earlier wars were treated and appreciated by their nation. 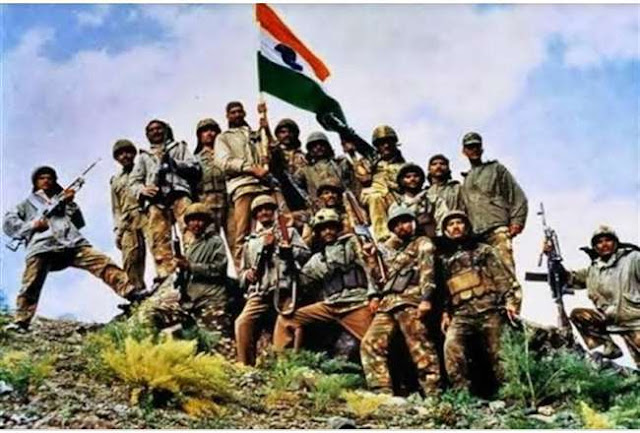 The sanctity of our Battlefields, War monuments and military history need to be preserved and propagated to the younger generation by our Veterans who are the true light-houses of our society. To commemorate Vijay Diwas the following Veteran’s volunteered for Kargil Day Pep Talks in Schools of Mumbai, on request by NFMC Secy and as desired by WNC.

The motivational clips were shared on NFMC Committee Whatsapp group by Cdr V Vadhera, Secy NFMC for the Veterans to prepare their talk. The Pep-talk photos are attached below.


I contacted Reverend Br Wilfred, the Principal of St Francis Borivali for the Kargil Day Pep-talk in their School. Br Wilfred mentioned that he desired to invite me for the School’s Independence Day celebrations and connected me to his colleague Br Jose Malana, Principal of Vidya Vikasini, Vasai. Br Jose had organised a cultural program by students on the Kargil theme at 1100 hrs on 25 Jul and extended an invitation to me and Meena a week prior and we had been intently looking forward to the School’s Propitious ceremony. Morning on the D Day we were driving up north over the Ghordbandar Bridge towards Vasai. While Meena was looking elegant in her Brown Khadi suit, I in my NFMC Veteran Blazer was behind the wheel. We reached the School at 1030 hrs and were pleasantly greeted by the Principal, Reverend Br Jose at the School gate and escorted to his Office. We had pleasant interaction while the children were being lined-up to the Auditorium for the show. Br Jose had spent his early childhood in the beautiful greenery of Kottayam adjoining the Vembanad Lake of Kerela. After his Schooling, he shifted to Bangalore in the early 80s for graduation followed by St Xaviers Mumbai for BEd before embarking in the field of Education. On the hour we were informed of the readiness and proceeded to the Auditorium. The band lined up either side of the hall entrance played the welcome tune as the smartly dressed student Guides saluted and escorted us. As we reached the entrance, a lady Teacher pinned a welcome brooch on our collars. I shook hands with each of the band members with genuine appreciation. We were overwhelmed by a standing ovation by students in the house full Auditorium. Ms Sapna the program coordinator introduced me to the audience before the commencement of a scintillating cultural programme on the theme ‘Kargil’. The first item was the oath-taking followed by a Group song, A skit ‘Coffee with Karan’ that was an interview of a Kargil Soldier. Dance Drama performance by students enacting the buildup, obstacle courses (BPT) and conquest of the Tiger hill. An act on ‘Sandese aate hain’. The coordinated music added to the effects to raise once goose-pimples. Kudos to the students for the stupendous performance and salutes to the Teachers who guided them during the rehearsals, viz. Ms Elizabeth Ashley, Ms Sapna Mahajan, Ms Sweeta Ghoshal and Ms Linnet Britto.


I commenced my talk with a short story of my induction into the Indian Navy as a Pilot, followed by the reasons of the Kargil intrusions and the role of Army, Air Force and Navy in the Kargil War. It was followed by the recent release of 8 mins clip on 20th Anniv of Vijay Diwas in Amitabh Bachchan’s deep baritone. I returned to the stage to motivate the students for the Armed Forces and was overwhelmed to see that the majority of students’ lifted up their hands for this noble profession.        I then, on behalf of NFMC, called upon the Principal Br Jose to accept a small Memento (a Sea-cap) of my last NCC unit, amongst a huge round of applause from his students and teachers. After a Gp Photo with the coordinating teachers Br Jose escorted us out.


Br Jose took us on a walk-round of the School including the playgrounds. The School has won quite a few international awards for excellence in education. I found the students’ discipline of a high order. The Principal accompanied us for a delectable Biryani lunch in his office. He escorted us back to our car with an open invitation to this school on any future date. We warmly shook hands as I set course to Borivali, after a stupendous memorable day at Vidya Vikasini School.


While I was driving back to Borivali, my eyes were moist for the 527 Sons of India that we lost in Kargil and these words were repeatedly playing in my mind, 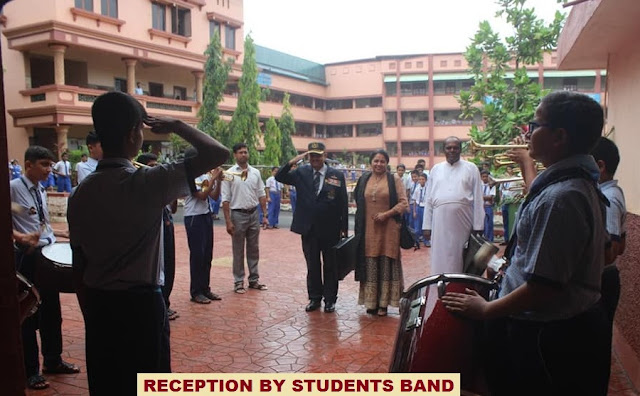 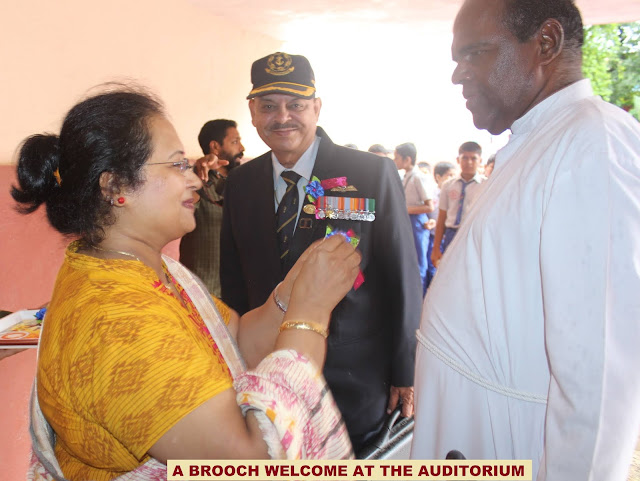 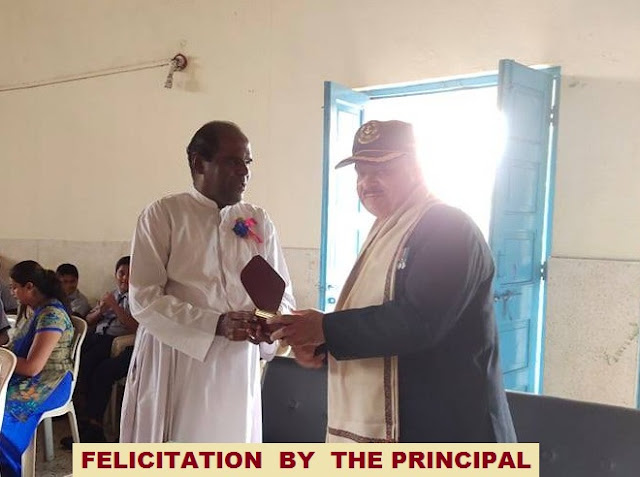 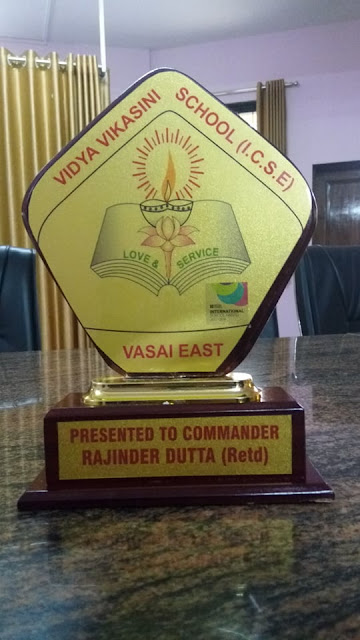 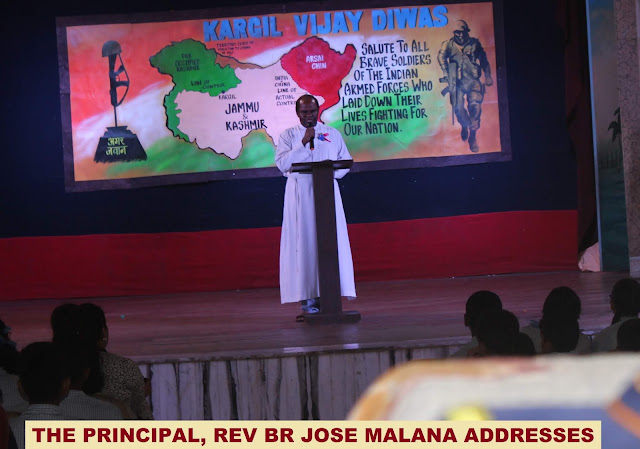 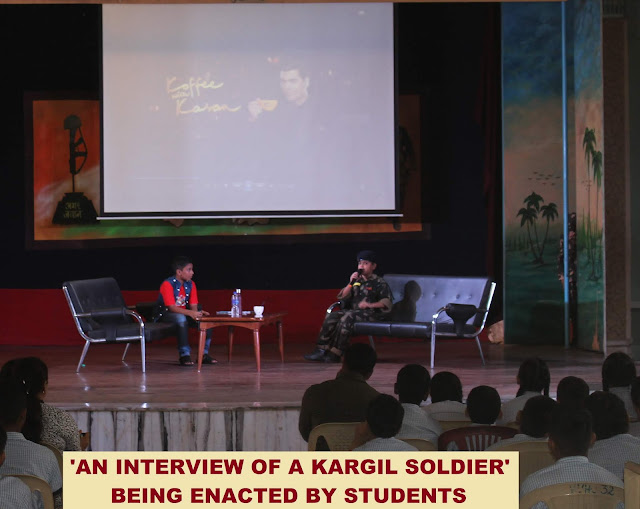 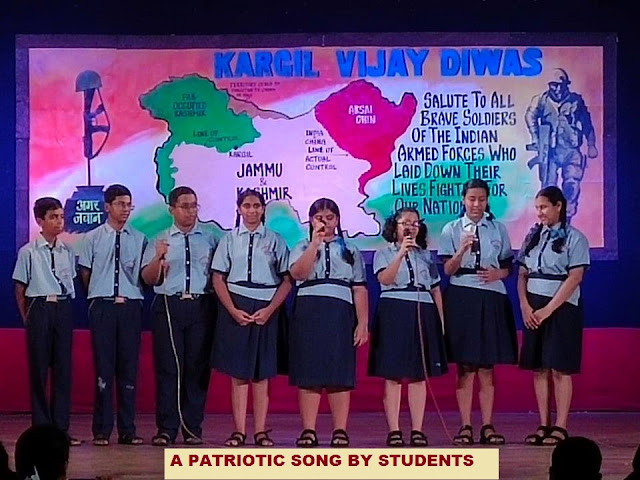 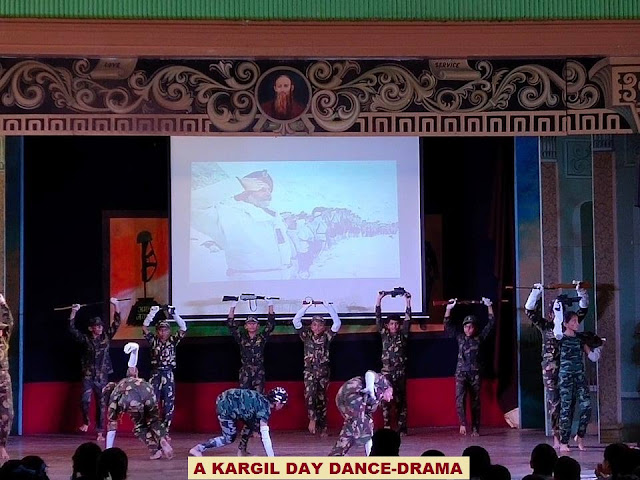 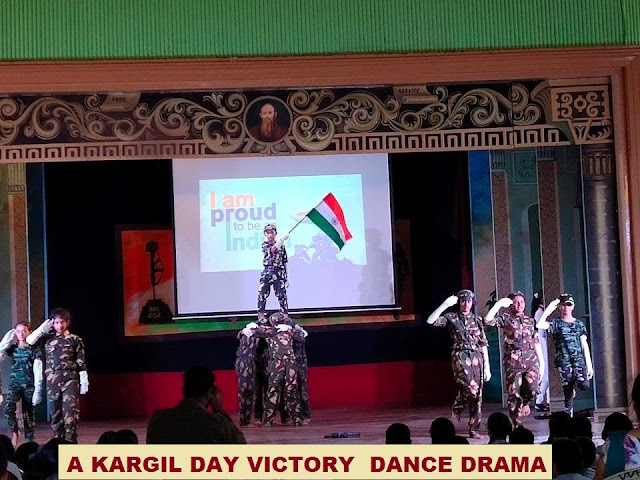 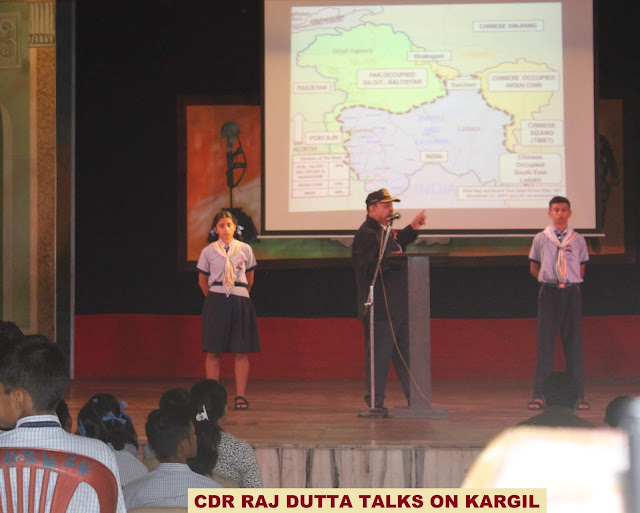 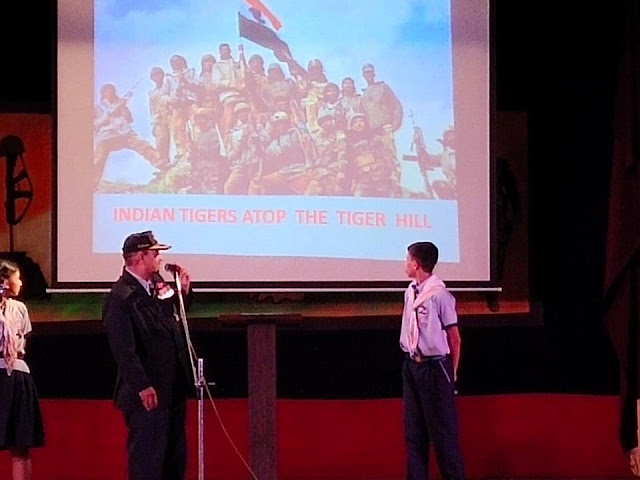 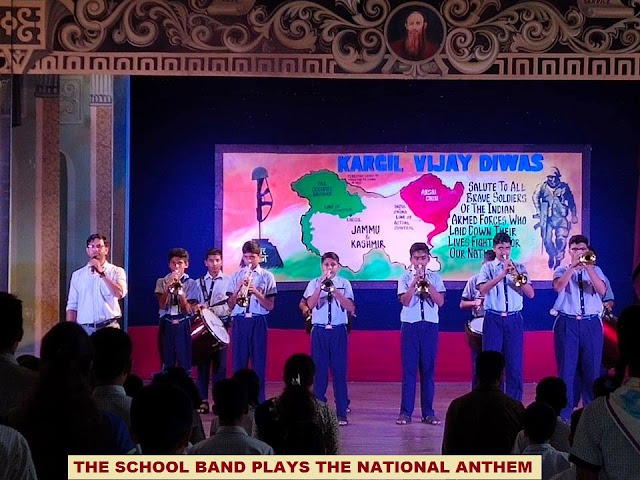 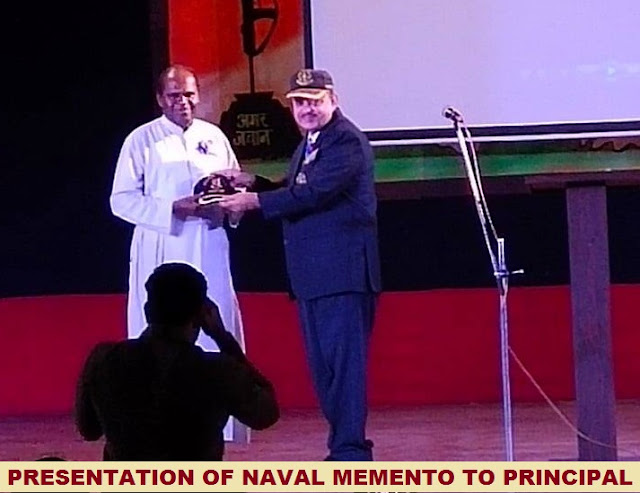 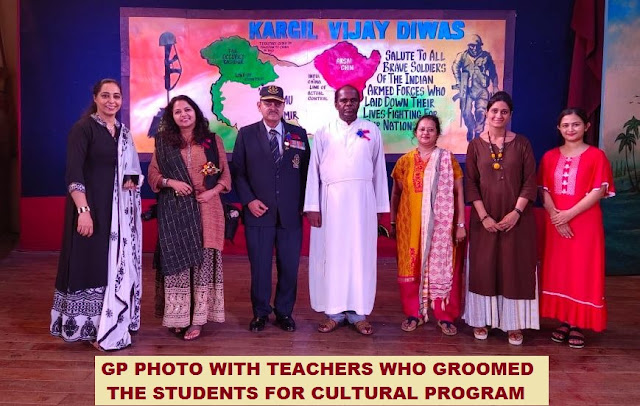 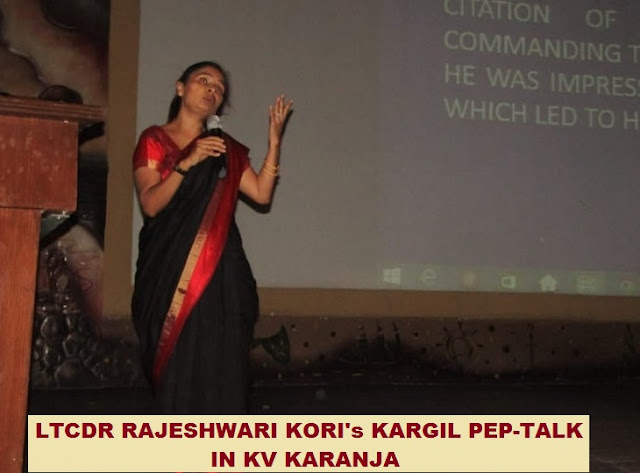 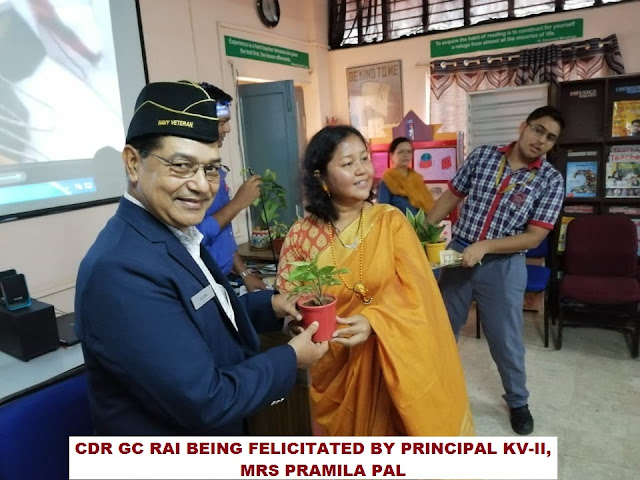 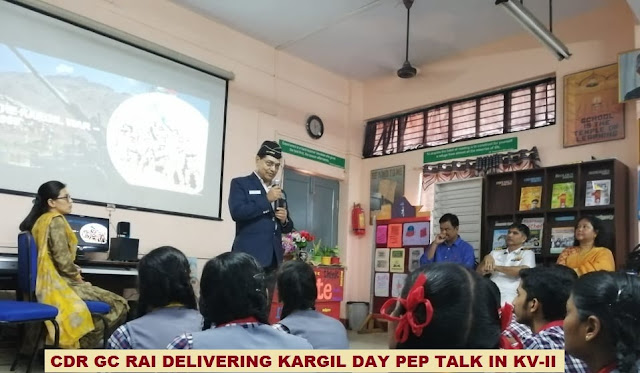 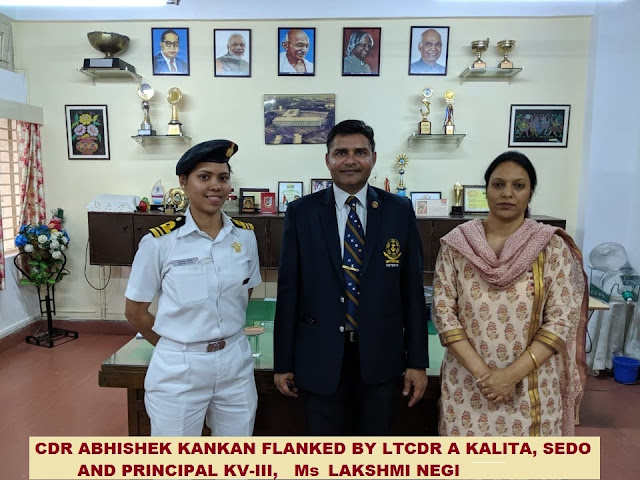 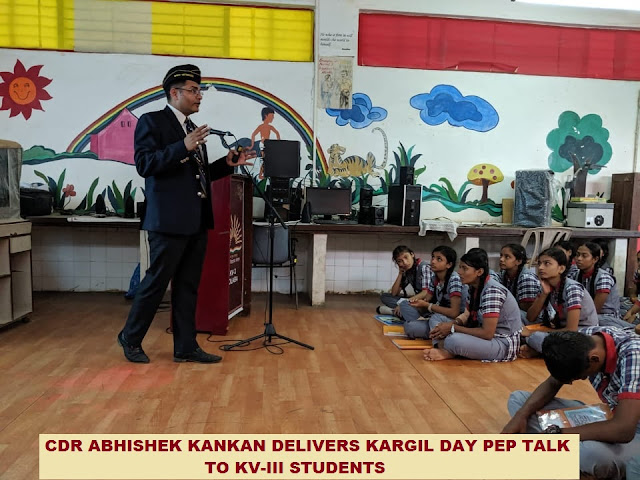 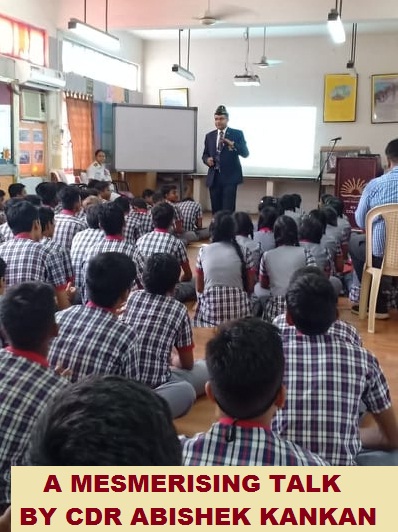 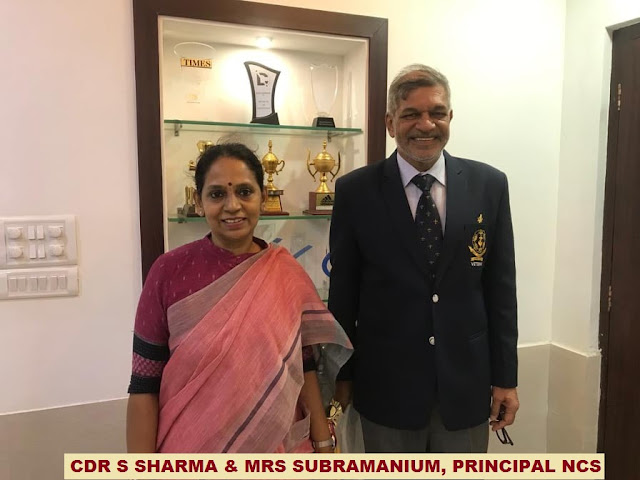 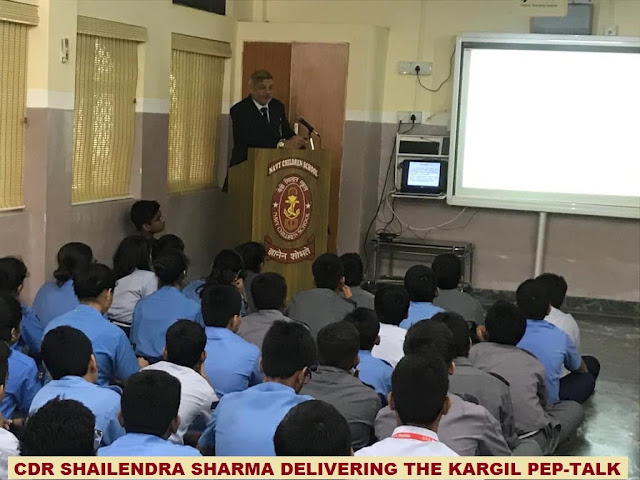 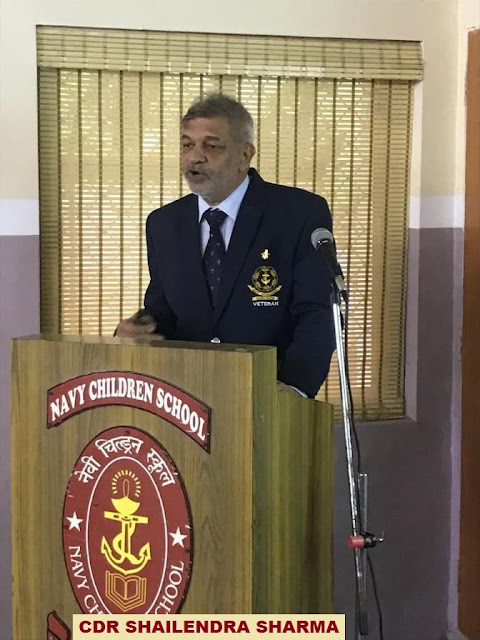 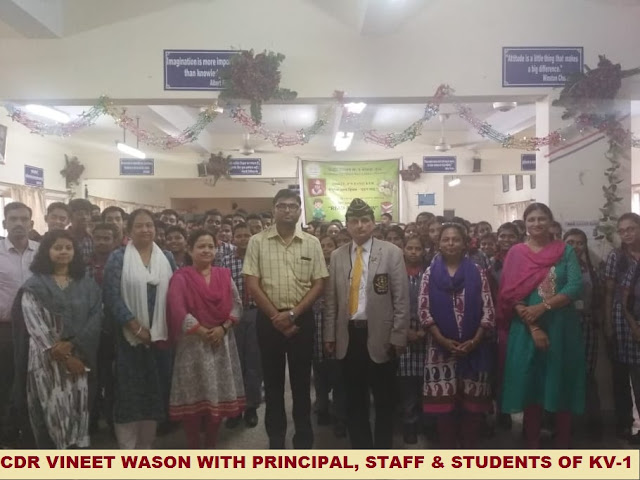 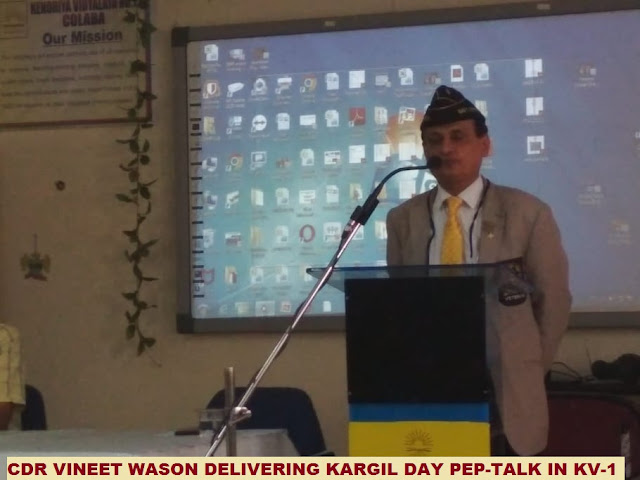 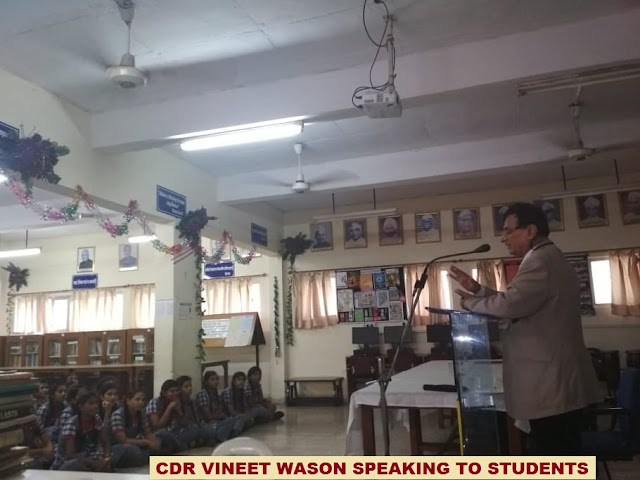 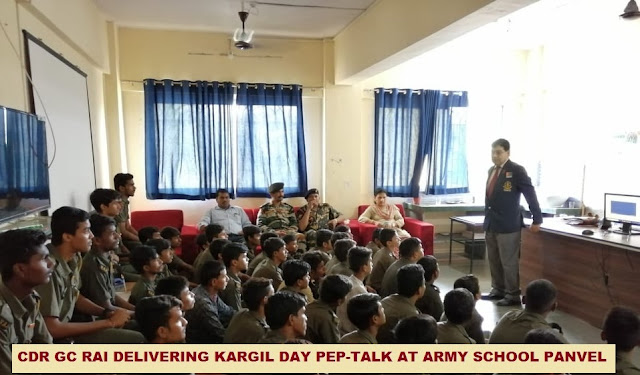 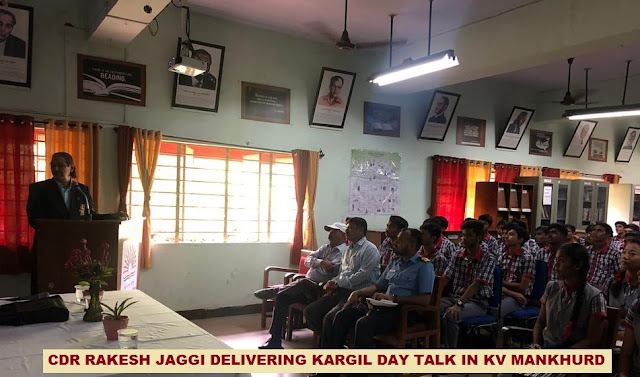 About the Author:
Commander Rajinder Dutta (Retd 2014) has been a Naval Pilot and a Qualified Flying Instructor with about 3000 hrs of flying on various fixed wing Aircraft of Indian Navy, viz HT-2, HPT-32, Kirans, Islander, Super-Connie, Fokker F-27 and IL-38.

He is a   trainer for SSB aspirants, Master of Ceremonies and a Blogger. 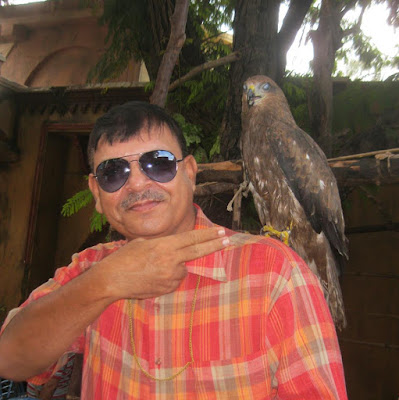