We take Birth for the fulfilment of Vasanas. After birth, our thoughts are followed by attachment giving rise to desires and Actions, that form Habits that manifest into Sanskaras leading to Vasanas. The cycle of Life after Life continues as depicted below – Cdr VK Mohan, VSM 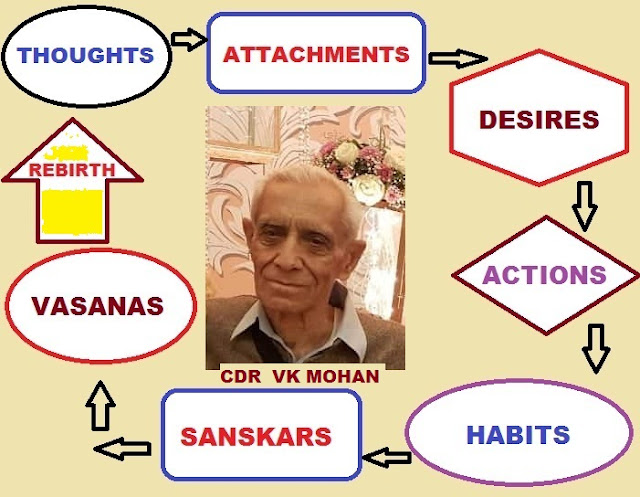 I was privileged to meet Cdr VK Mohan (6th NDA course) at the NFMC  AGM in 2015. Cdr Mohan handed me over a few copies of his articles calligraphed in his own hand, an analysis of the ‘Speaking Tree’ column of the TOI. His articles encompass deep spiritual essence and he has been writing for the past 6 yrs. His articles are enlightening and he emails these to people keen on the subject.  Cdr Mohan is an inspiring motivator;   truly a high powered ‘Lighthouse of our Society’ and has been illuminating us for so many years. He is a Teacher with a Difference. On this Teacher’s day, that we just observed, I have the honour to introduce to you… Commander Virendra Kumar Mohan.

Recently Veer Nari Mrs Kanta Mukherjee (Late VAdm HP Mukherjee) invited us and Cdr Mohan for Lunch at her Versova Anchorage flat. While enjoying Kanta Ma’am hospitality and the delectable Lunch, it was another God gifted chance to interact with Cdr VK Mohan and know about his Life. He recounted his time from his childhood days of the pre-partition era...Little Virendra was born in Gujrat (Pakistan) on 23 Sep 1934 into a Mohyal Brahmin family, ‘Mohans’.  Mohyals are the brave martial race; the warrior brahmins from the Golden Vedic Era; Progeny of the Saptrishis. His parents during partition shifted to Delhi in 1947 and after intermediate, he decided on a career in the  Armed forces and joined the 6th NDA course. In those days the Intermediate students had the privilege of joining the NDA directly into the 5th term. So after 2 terms Cadet Virendra Mohan chose Indian Navy (S&S Branch) and completed his Mids time onboard INS Delhi, prior to getting commissioned. During his service career, he served onboard Indian Naval Ships Investigator, Godavari & Amba. He inculcated in the catering branch (cooks and stewards) the need and essence of Hygiene and cleanliness of the Galley. He stressed on the need for the food to not only be delicious but look GOOD on the serving trays too. Lt Mohan tied the knot with a beautiful Mohyal Girl Tripta Chhiber. Soon they were blessed with two adorable kids; Vinita followed by Vipul. Their initial schooling was in KV Cochin and passed out from Mumbai. Vinita from St Josephs and Vipul from Campions. Vinita after her B.Ed from BTTC taught for a while before tying the knot to Sanjeev Chhibber (Capt Merchant Navy). They are blessed with two sons Udit (28) and Mohit (24). The family is Dubai settled. Vipul graduated in B.Com from the prestigious HR College, followed it up with MBA from SP Jain institute and worked in Pharmaceutical Corporates Ranbaxy, Lupin, Ajanta and MJ Group. Later in 2007, Vipul set up his own ‘Amegh Pharma Pvt Ltd’ for Pharmaceutical exports.   Vipul married Payal Sethi, an alumnus of Bombay Scottish and are blessed with Aman (21) persuing MMS at Melbourne Univ and Meghna (17) studying in Narsee Monjee, Mumbai.

Vipul and Payal, the doting Son and Daughter-in-Law  of Cdr VK Mohan are taking exemplary care of the Naval Octogenarian. Vipul was delighted when I told him of scripting a blog on Cdr Mohan and willingly conveyed his thoughts on Dad to be included.

I have the privilege of being the son of Commander V.K. Mohan.

I belong to the “In-between” generation – The one before did whatever their parents told them to do and the subsequent ones just do what they wish to do. In the context of the times, all are correct. However, my father was a rarity, in that he never attempted to impose his will on my elder sister and I, and instead always tried to give well thought through reasonings for every course of action that he suggested we do.

As a child, it was always a matter of wonder to see him effortlessly command a room, and on those few occasions when visiting his workplace, his calm, composed, easy yet firm working style in commanding his subordinates and leading his team. He seemed to be getting a lot of respect from all, without demanding it. Perhaps that is the normal, and natural leadership style of career military officers, but he was the one that we saw 1st hand.

As a father, he was a man not to be trifled with. As a young lad, without too much drama or raised voices, a quiet word, spoken with the huge authority of impeccable logic, set me right from any deviation. Once, at the age of 13, he overheard me utter an epithet in the house. He quietly pulled me aside and in an even tone, explained that such language was fine among friends, but just not right at home. Because he said so without any anger or recrimination, that reprimand hit the bullseye.

He was, and continues to be, completely devoted to whatever is his “Duty”, in every aspect of his life. To his parents, he was a respectful and loving son, looking after them all through their advancing years, and keeping them comfortable and loved, till the inevitable end. To his wife, my mother, he was always her pillar of support, as she was his. To us, his children, he was the rock of Gibraltar, offering support unconditionally, sometimes even unquestioningly. I had the opportunity of doing an MBA in US. He offered to sell his only house, a tiny Mumbai suburban flat, of which he had just finished completing the housing loan EMIs, to fund it.
He was a physical fitness fanatic – Squash in his younger years, and yoga and brisk walks in his middle age onwards kept him in good shape. At 86, he continues to walk 2-3 km a day, at a surprisingly brisk pace. Among the most motivating things I heard was from Salvi, the Squash marker at US Club, who once, after playing with me, told me that I played like my father. Always moderate in food, usually a teetotaler, and totally vegetarian, he continues to eat and live frugally, not taxing his own body and not demanding special treatment from anyone. Without ever trying to be, he was, and still is, a role model, and never preached what he wouldn’t practice.

In recent years, his interest has turned to spirituality and he writes weekly articles on spiritual/philosophical matters that he always covers in real-life situations, that make them so topical, easy to understand and not feel like a “Moral Science” session. He considers this as his duty, to give back to society what he can, in his own way. He always was an excellent raconteur, and now uses his ability to express, to write in a way that intrigues the reader, makes him/her think, or even to console the reader in the face of bereavement.

I never had to tell my father – “Papa, don’t preach”. Because he never did. He set examples, continues to do so and inspires me every day.

Cdr Mohan is truly a high powered ‘Lighthouse of our Society’ and has been illuminating us for so many years.  In case you haven’t  read Cdr VK Mohan’s wise analysis of the ‘Speaking Tree’, please do contact him at :
vkmohan@gmail.com  /mob-9167774604  and he shall only be too glad to oblige.

PS- This blog has been inspired by VAdm SKK Krishnan, who has appreciated and commended Cdr VK Mohan’s literary works….Regards. 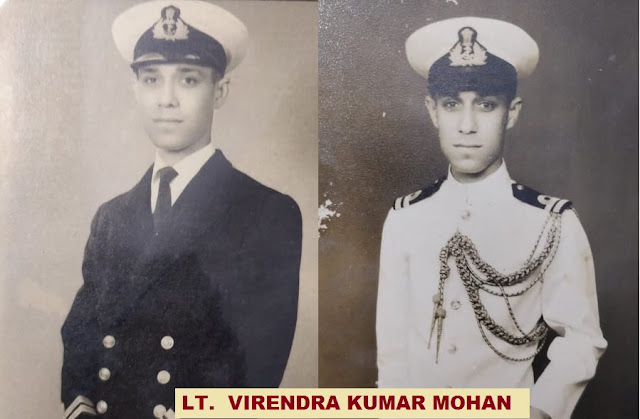 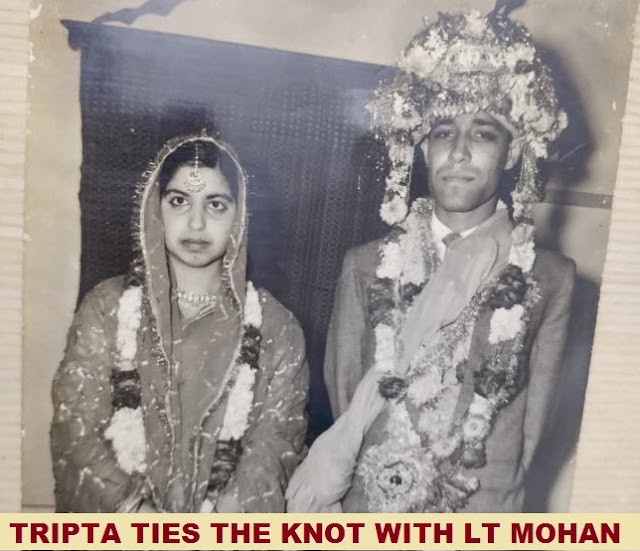 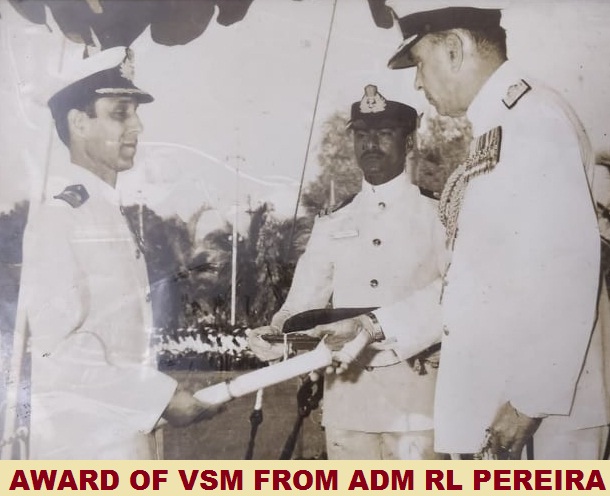 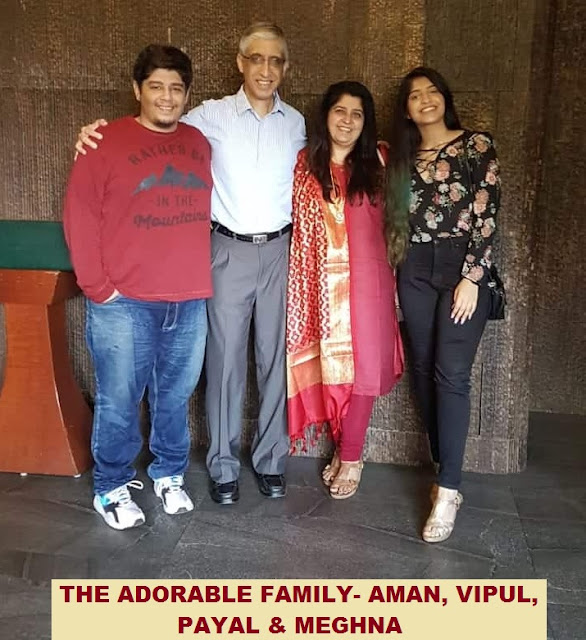 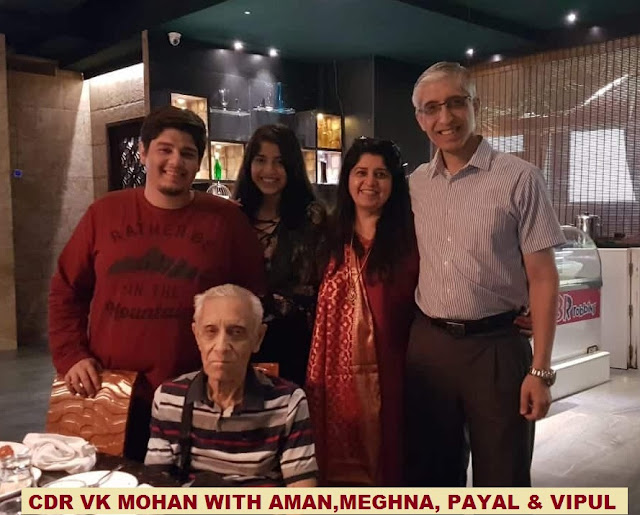 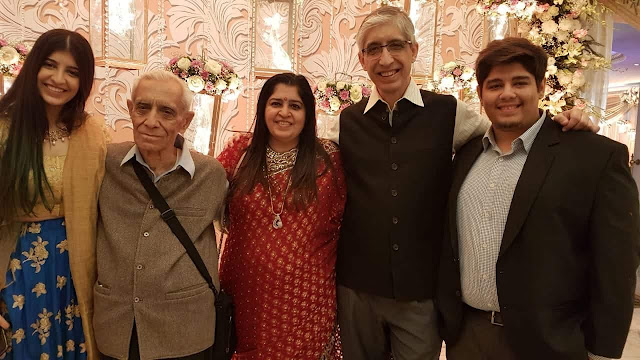 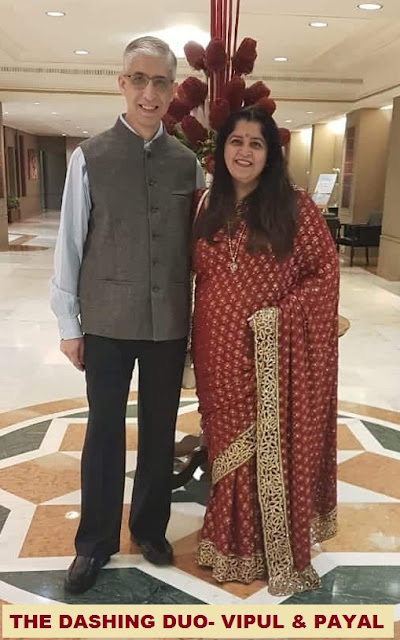 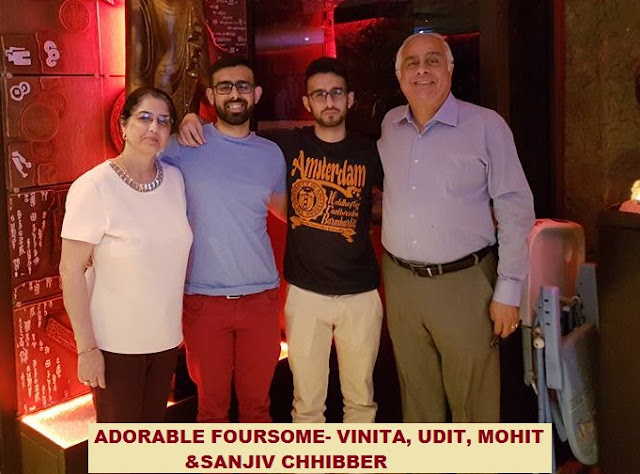 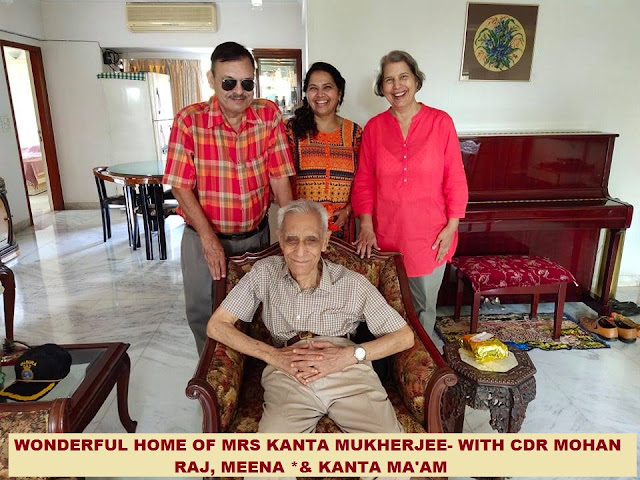 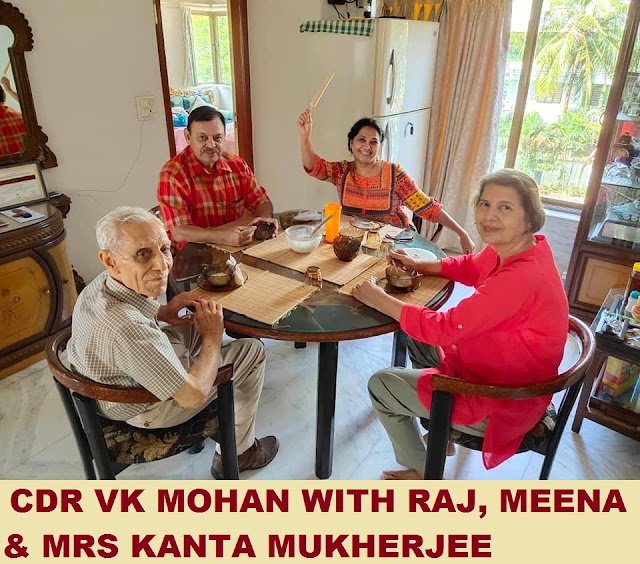