When I stand before God at the end of my life, I would hope that I would not have a single bit of talent left, and could say, 'I used everything you gave me.’    ― Erma Bombeck 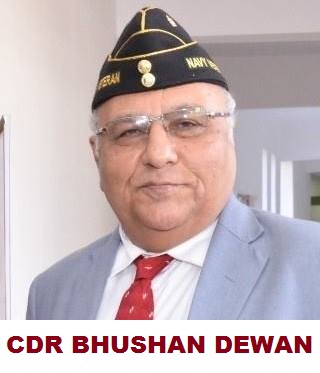 Two beautiful quotes that are representative of the post-retirement accomplishments of a Naval Veteran, Cdr Bhushan Dewan, who has leapt to success in various fields and carved an aura of respect for himself in the Corporate, Educational, Political and Human Rights domain. His good lady, Dr Ranjana Dewan is herself an accomplished Eye-Surgeon with an Eye clinic and Novi Hospital dedicated to her Daughter ‘Novi’.

I had met Cdr Bhushan Dewan on two earlier occasions, but in continuation to our passion to interact with talented Veterans and as suggested by Cdr Vijay Vadhera, President NFMC, decided to formally call on him along with Meena. Meena was mighty impressed with the towering ‘Malhar’, one of the 4 towers behind the Goregaon Oberoi Mall and instantly clicked her selfie prior to entering it. The Dewans were waiting for us as we pressed the Bell of the 4th floor elegant Building. We were taken aback with the exquisite elegance of the interiors, as we greeted them with warm handshakes and exchanged smiles. The Drawing room was akin to a museum adorned with artefacts of Trophies and Mementos earned by Cdr Dewan. Ranjana Ma’am served us fruit juice along with assorted dry fruits. We chatted for a while before the Lady of the house beckoned us to the sturdy glass top Dining table for some steaming delectable Paav-Bhaaji that she had prepared for us. A beauteous Pic of their Daughter Novi and Son-in-Law Mike Batra adorned the sidewall of the table, marking their ubiquity when the Dewans relished their supper. The flavoured Paav-Bhaaji was followed by yummy Icecream with embedded dry fruits. While we relished the dessert  Commander Bhushan went down memory lane, drawing out moments of Hauz-Khas, Delhi where the most compatible duo met 40 yrs ago.


Eldest of the 4 brothers and 2 sisters, little Bhushan was born on 27th Aug 1952 in Kalka, Himachal Pradesh. His father served in the Indian Railways to retire as a Chief Engineer from Delhi. Young Bhushan had joined Sainik School Rewa(MP) and was brilliant in studies. He cleared SSB in the first attempt to join the 40th NDA course. He would have been an Executive Officer in IN, but for poor eyesight in the last term medicals, he was recommended for the non-executive stream. He participated in the 1971 Indo-Pak War as a cadet onboard Cadets' Training Ship INS Krishna. He, thereafter, was transferred to INS Shivaji (1972-75) for Marine Engineering course followed by a year’s Long course at INS Valsura. He excelled onboard his first ship Trishul as DLO that resulted in his deputation to IIT Delhi for MTech from 1978-80. Marriages are made in heaven and performed on Earth. Handsome Lt Bhushan chanced to meet fair and lovely Ranjana who was undergoing her Eye specialisation In AIIMS. Their hearts throbbed in unison and they tied the knot on 29 Jul 1979, while still in their respective specialisations. His first transfer post-MTech was to IAT Girinagar for 3 yrs where they were blessed with an adorable baby girl. They coined a unique name for her ‘Novi’, meaning New.

Novi accomplished her BE from Cummins Pune, before flying down to Germany for Masters in management. Novi did her MBA from 2006-2007 from WHU – Otto Beisheim School of Management which is Germany’s top-ranking Business School founded in 1984, with an exceptional national and international reputation, Leading in international rankings –Accredited by EQUIS, AACSB, and FIBAA. It is located in Vallendar town in the district Koblenz on the banks of River Rhine. Novi worked in Germany as Senior Consultant & Manager in DHL, and Adidas in Germany, and at Amazon’s EU Headquarters at  Luxemburg. She is now pursuing her PhD in Big Data from WHU-Germany.This is where she met an Indo-German Mike Batra and they decided to tie the knot in 2017 and settled down there.


Subsequent to IAT Girinagar Cdr Dewan served onboard INS Rana as WMO followed by Naval Dockyard (Bombay) as Dep Manager WECORS for a year prior to his transfer to INS Hamla to setup the EDP School in 1987. Two yrs later he was posted to PCT School as CI for a year to return back to Hamla to set up NICA (Naval Institute of Computer Applications) for a longer stint 1990-95. Cdr Dewan was posted as CSO Karanja for a yr prior to hanging his boots in Jan 1996.


In his second innings (1996-2001) he joined Narsee Monjee as Associate Professor in IT and Quality Management, Mumbai during which he authored two books, ‘Managing Information Technology’ and ‘E-Commerce’, which have been prescribed for many Management & Engineering institutes. After excelling in the IT and Quality management field, Cdr Dewan joined TCS: Tata Consultancy ServicesLtd.- Global Top10 IT Services company, as their Vice-President (Total Quality Management & Business Excellence) for six yrs till 2007. For a yr, he was President Tanla Solns Ltd (Telecom Services) followed by a tenure as Snr Vice President Mundra Port for a year. In 2009 he became the Founding Director(BE & MBA) of  SAHE: Selaqui Academy of Higher Education at Dehradun.

In 2012 Cdr Dewan accomplished his PhD in IT Quality on Subject, ‘Business Impact of TQM practices on the Competitiveness of Indian IT Industry’ Since then he is being invited as Chief Guest and Keynote speaker in Global and National Conferences. Besides has been an Advisor in the Fields of Education and Corporate worlds. With all these achievements he has another feather in his Hat, that of National Vice-President Sarvodaya Bharat Party, a Political Party registered with the Election Commission of India, with Camera as the symbol. From his busy Life schedule, he steals time to indulge in his passion for Poetry in Hindi and English.

Cdr Bhushan has been on the Jury of CII's National Awards in Education and Health; and Authorised Consultant of New Zealand Business Excellence Foundation. He has been recognised with various prestigious awards including the Life Time Achievement Award for Global Educational & Corporate Excellence, MTC's Global Top-10 Thinker Award. National NAGMA Award for Excellence in the Field of Education and Science.

His thesis for the second PhD is on a different domain ; 'Human Rights and Indian CSR Laws' and Cdr Dewan has achieved a unique distinction of having been invited for UNHRC Conference on Business and Human Rights to be held at UNO Geneva on 24th Nov 2019.

Dewan Sir, the 'Navy Foundation Mumbai Chapter' is indeed proud of YOU and your accomplishments and we all wish you all the very best for the Geneva Conference and are certain that you shall keep the Indian Naval Ensign and the Indian Flag flying high at the Conference of 24 Nov'19 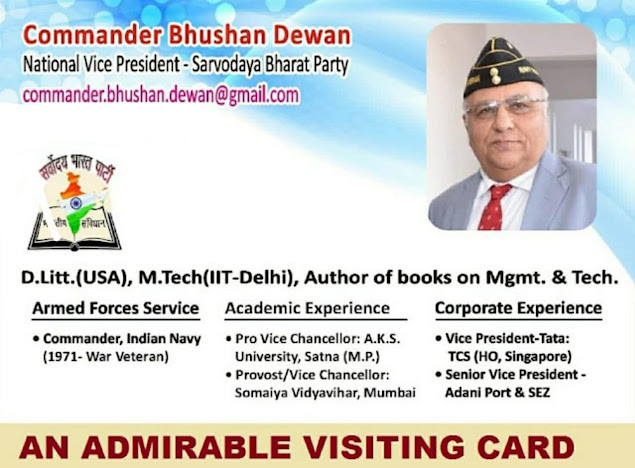 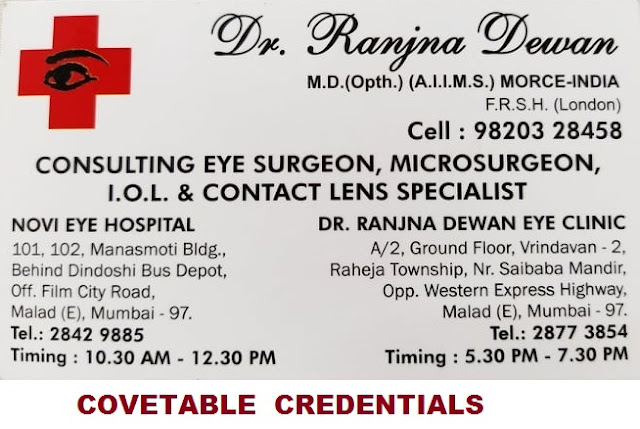 A SELFIE WITH MALHAR 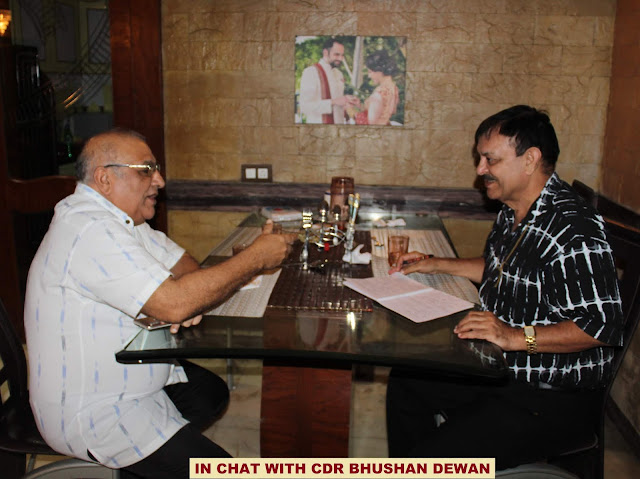 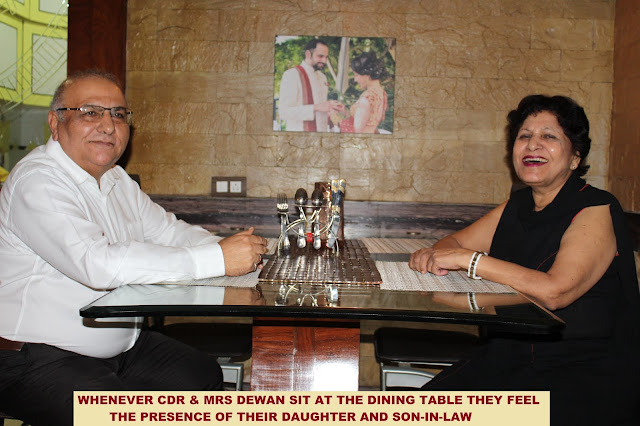 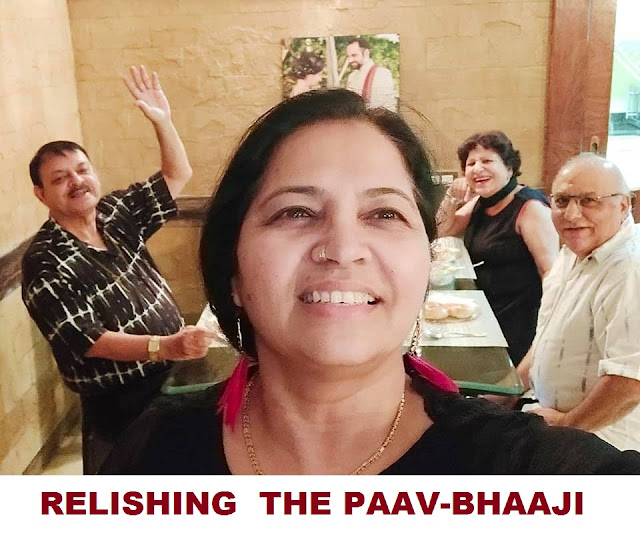 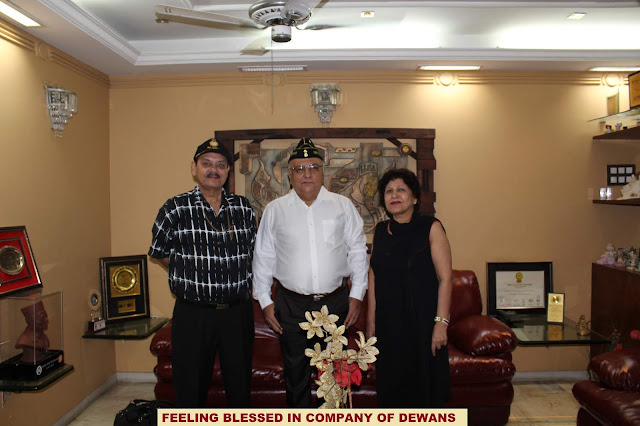 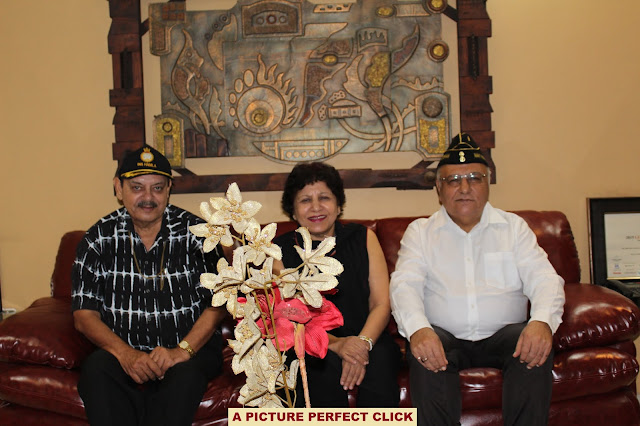 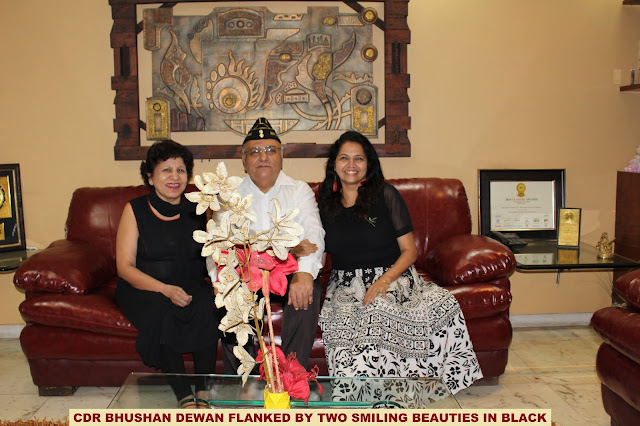 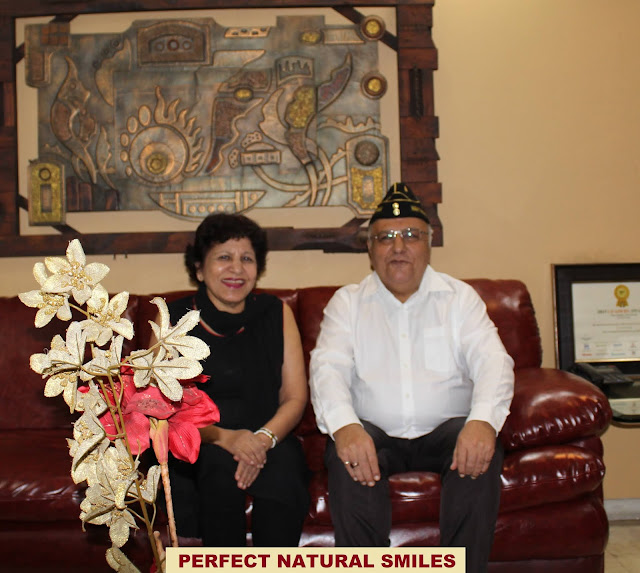 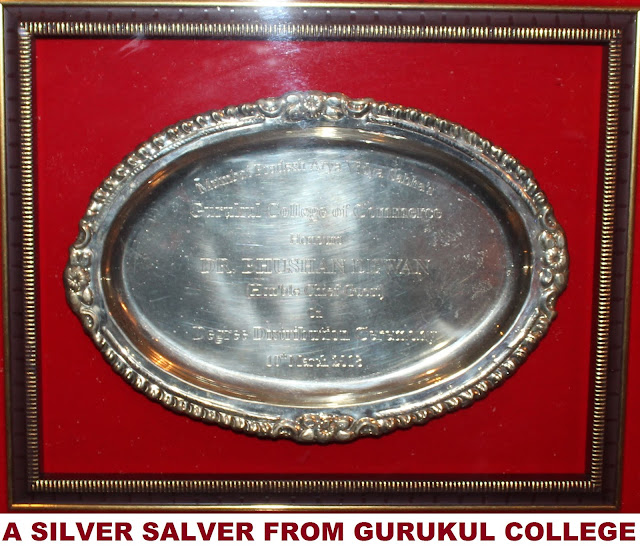 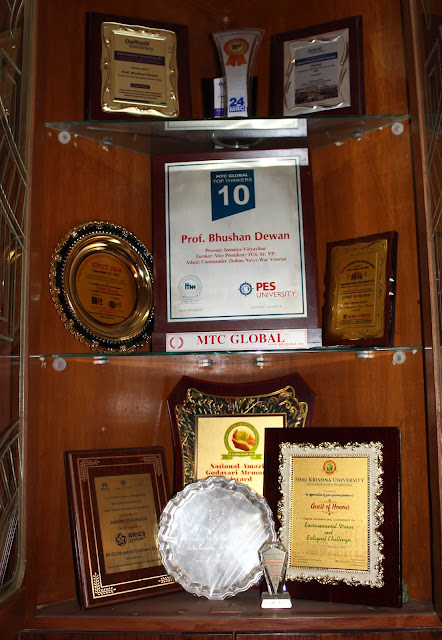 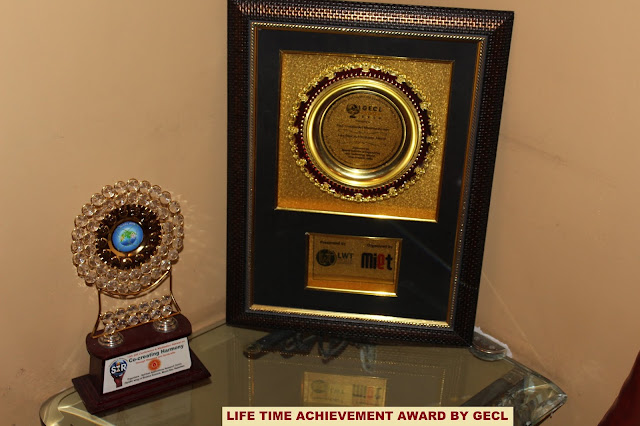 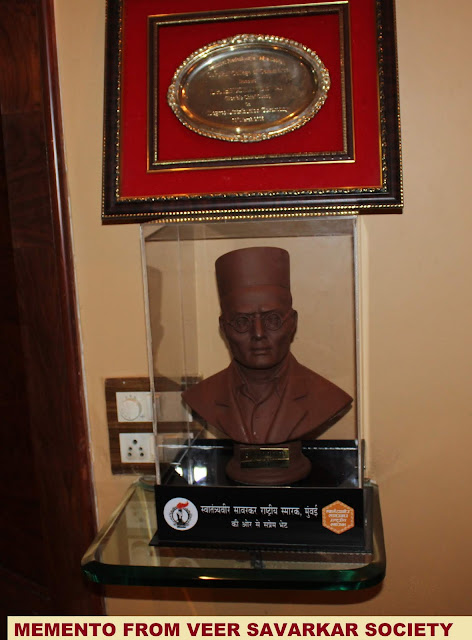 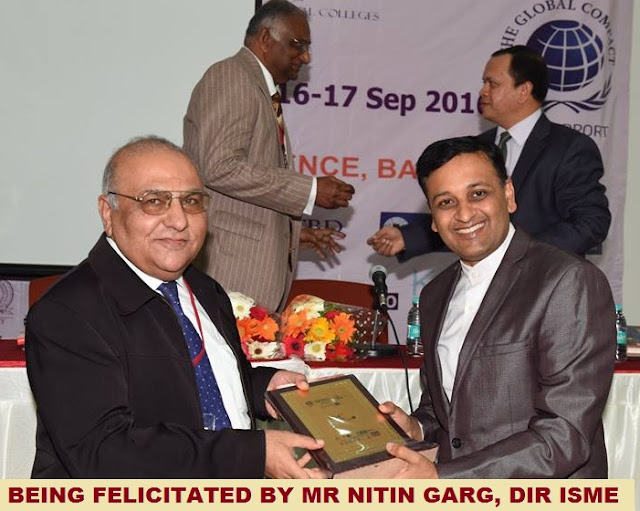 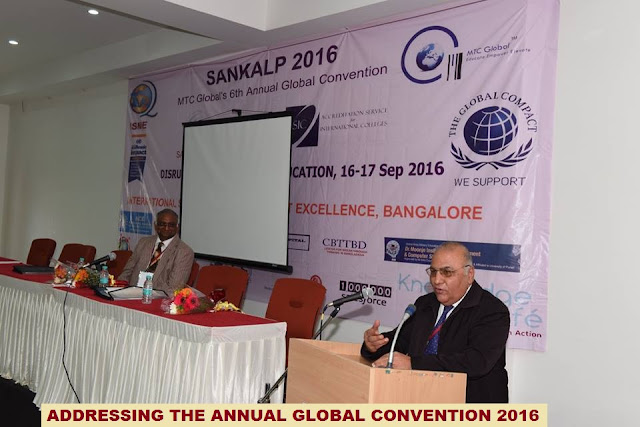 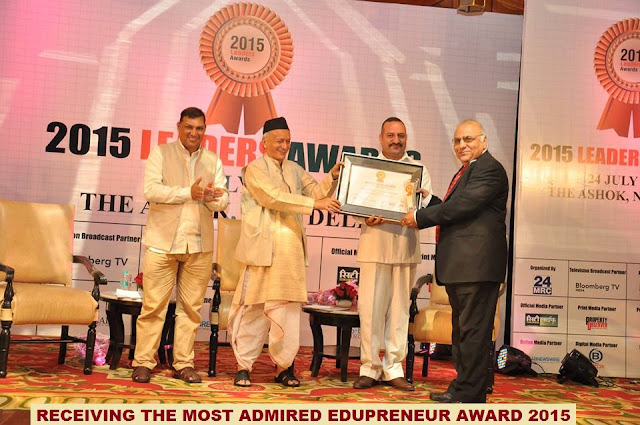 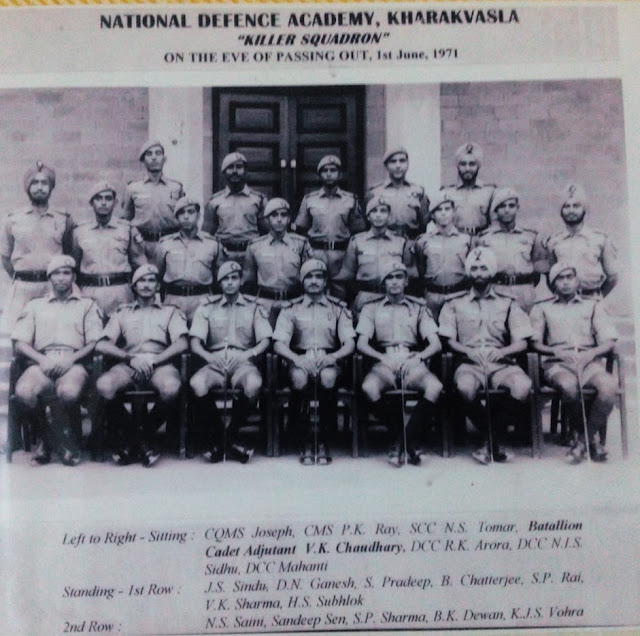 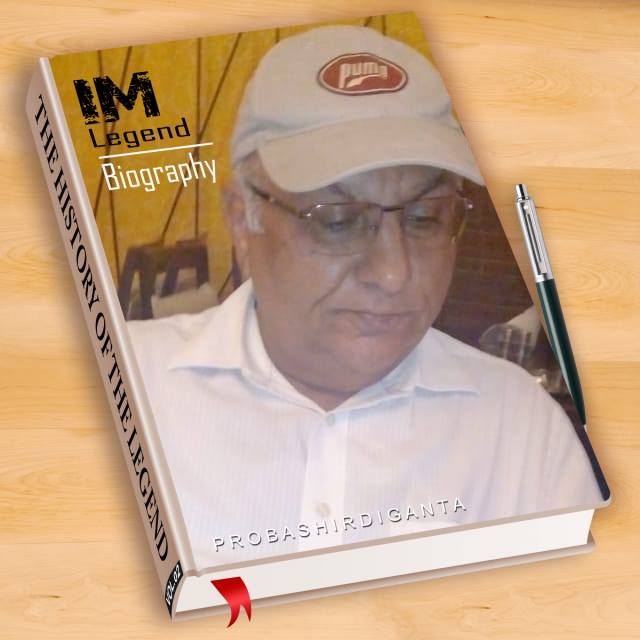 About the Author
Commander Rajinder Dutta (Retd) has been a Naval Pilot and a Qualified Flying Instructor with about 3000 hrs of flying on various fixed-wing Aircraft of Indian Navy, viz HT-2, HPT-32, Kirans, Islander, Super Connie, Fokker F-27 and IL-38.
He is the Hon Secy of NFMC, a Master of Ceremonies and an avid blogger. 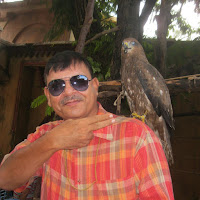