Honour to the soldier and sailor everywhere, who bravely bears his country's cause. Honour, also, to the citizen who cares for his brother in the field and serves, as he best can, the same cause.—Abraham Lincoln

A hero is someone who has given his or her life to something bigger than oneself. – Joseph Campbell 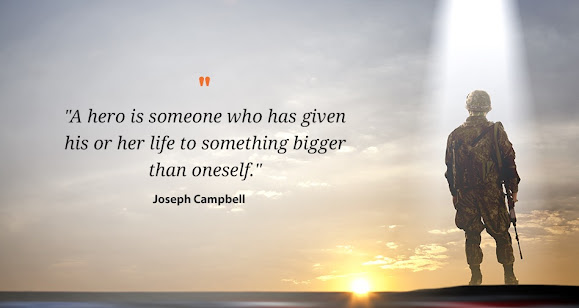 Raksha Mantri Shri Rajnath Singh virtually launched from New Delhi on August 13, 2021 a series of major events, organised by the Armed Forces & various other organisations of Ministry of Defence, to mark the 75th anniversary of India’s Independence, being celebrated as ‘Aazadi Ka Amrit Mahotsav’. Addressing the gathering, Shri Rajnath Singh congratulated the Ministry & the Armed Forces for organising various events across the country which will instil a sense of national pride among the people. He stated that events represent the Indian ethos of ‘unity in diversity’.

In keeping with the ethos of ‘Aazadi ka Amrit Mahotsav’ being celebrated throughout our country on the occasion of 75th Independence Day of India, Dr Pramod Pandey, Nation Head of ‘Hindi Academy’ decided to honour prominent Veterans of Mumbai by the Governor of Maharashtra, H.E. Shri Bhagat Singh Koshiyari and sought time and date convenient for the Governor. The Academy shortlisted 10 Armed Forces Veterans of Mumbai who have relentlessly served our Society and invited them for the felicitations by the Governor at 1000 hrs on Wednesday 18 Aug 2021, for the Award of Matrubhoomi Bhushan Samman 2021.   Adequate media coverage was given for this special event. 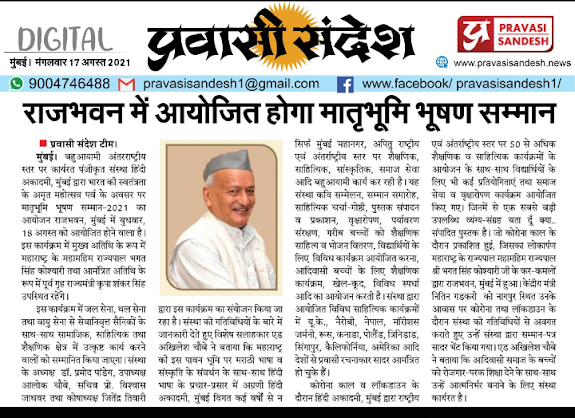 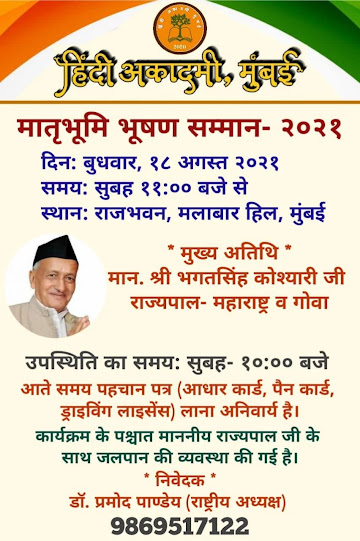 It’s a matter of immense honour and pride that 5 of the 10 Awardees were NFMC Veterans and Veer Naris. Here’s the list of eminent Veterans to have been felicitated by our Governor :

The Governor congratulated the awardees and appreciated the Hindi Academy for patting the backs of people dedicated in serving the Society, by institution of these Awards.

The timeline sequence of events and the snaps of the function at Raj Bhavan Mumbai, that was ceremonised on 18 Aug 2021 are placed below. 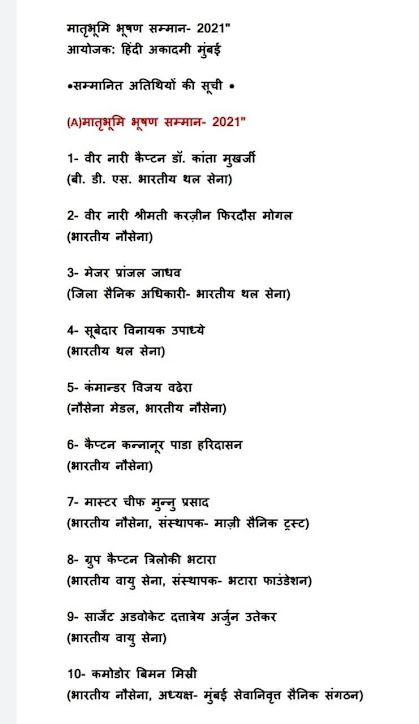 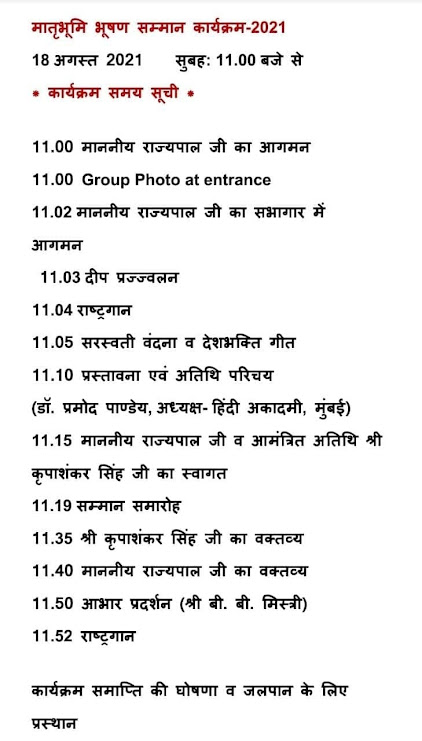 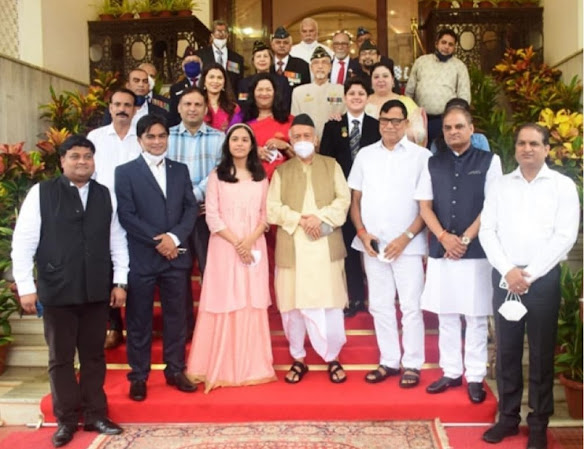 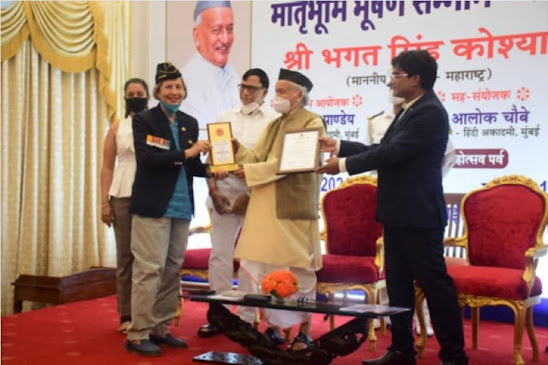 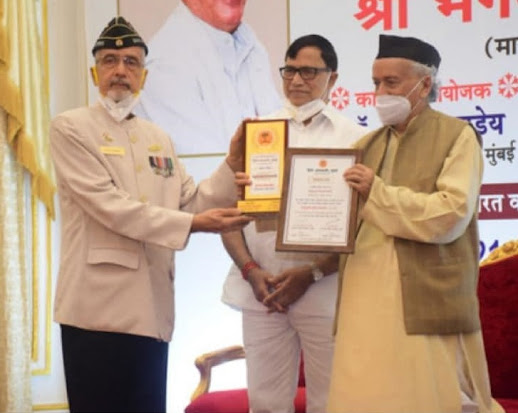 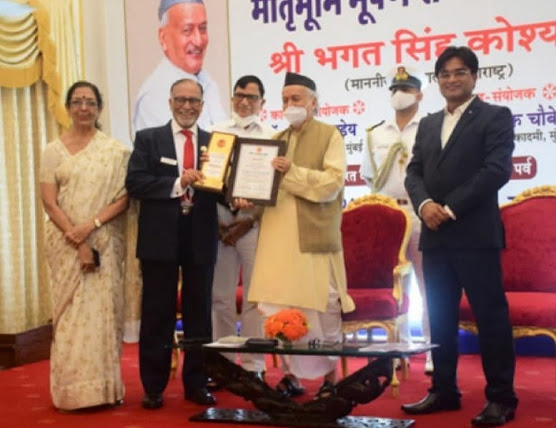 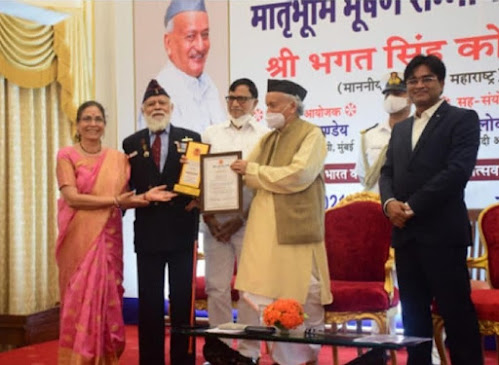 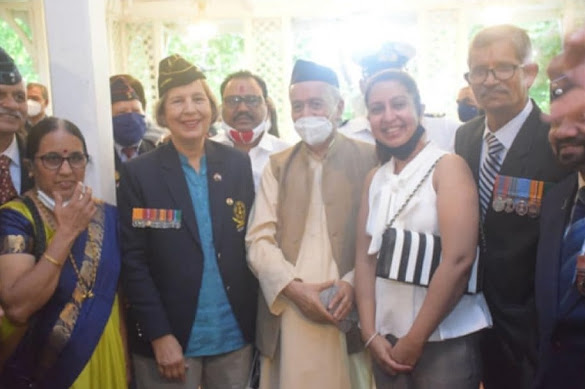 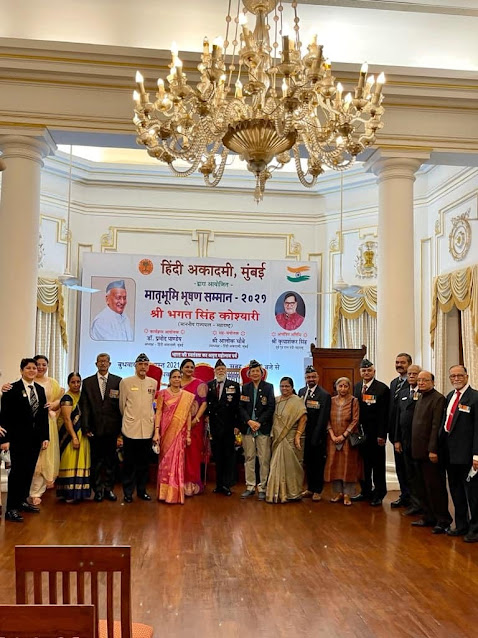 THE AWARDEES AT  RAJ BHAWAN 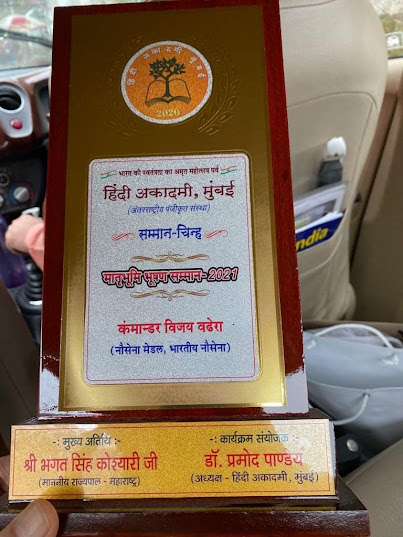 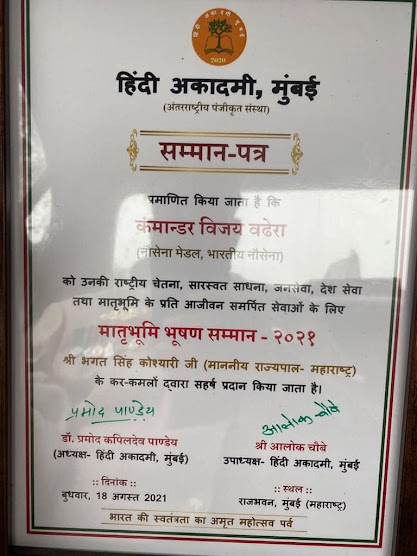 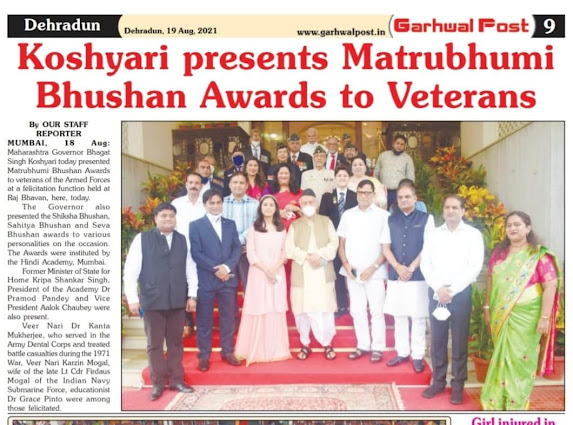 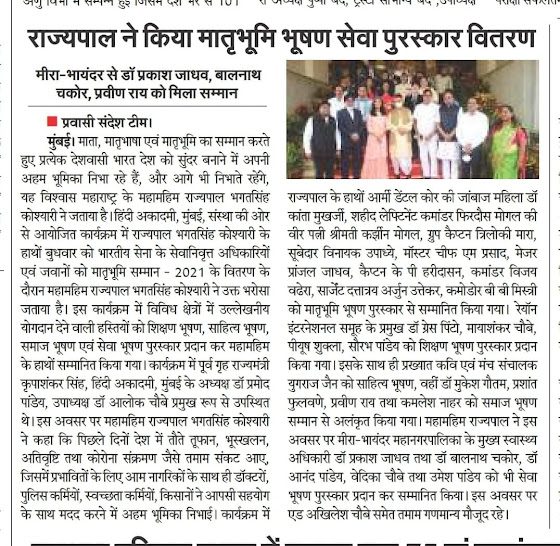