Every year on this memorable day with immense pride we Salute our forefathers and freedom fighters for the sacrifices they had made for our freedom and liberated us from the 400 yr British rule. Indeed thousands have laid down their lives so that our country could breathe freely. All schools in our country celebrate this Solemn Day, with the teachers rehearsing the young students to enact a fabulous cultural program to pay rich tributes to our freedom fighters and martyrs. Flag hoisting functions are organised in the offices and Societies and there is an aroma of celebration and gaiety visible all around our nation from J&K to Kanya Kumari. This Day we pledge in unison to protect the peace and unity of our great nation. 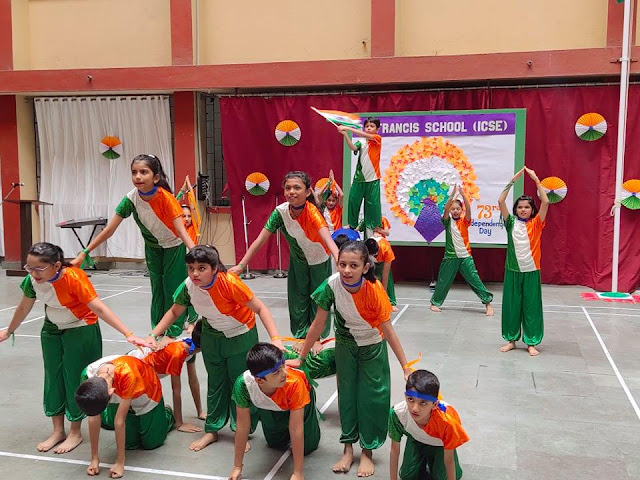 I was pleasantly delighted when the elegant Principal of St Francis Borivali (West), Br Wilfred called me up a month before our 73rd Independence Day and requested me to grace the occasion in their School. I gladly accepted the offer and thanked him for the honour. This School proudly boasts of 46 out of 76 students scoring over 90 per cent in the last ICSE Boards.

My submariner coursemate Cdr Arokia Samy called me up last week from Belapur, where he is an instructor in United Maritime college and desired to meet me. I offered him to come and stay with us in Borivali. He messaged me that he’d come on the 14th for a couple of Days. I asked Br Wilfred if I could get my coursemate along for the ID function and he was delighted indeed.

Early morning on the 15th Aug, we were driving down over the Flyover separating Borivali East from West.  Meena, looking elegant in her light turkish blue phoolkari Saree, was executing back seat driving, I in my NFMC Veterans Blazer was behind the wheel, while Samy in his well-ironed Red sea-rig was my copilot. We reached the School dot on the hour and were pleasantly greeted by the Principal, Reverend Br Wilfred at the School gate and escorted to his Office. Br Benny, the recently appointed School Manager welcomed us in the Office along with two other Brothers from Mizoram and the PTA in-charges Mr Nityanand and Mr AF Thomas.

We all were escorted out by smart school guides to the assembly hall for the main function. After felicitations of the Guests, the tricolour was unfurled as everyone saluted the national flag amidst the singing of National Anthem. This was followed by an inspection of the smart Parade, a wonderful programme of Students Hindi/ English speeches, A melodious rendering by the School Band and patriotic songs sung with full fervour by students. The icing on the cake was a fabulous freedom struggle Dance drama presented by the young students. The Dance drama of pre-independence era was superbly enacted and moistened everyone's eyes (Pics below). After the cultural programme, the School Souvenir of the past Academic session was released.

Although I thought of an elaborate speech, my wife who has been a teacher for 15 long years, exhorted me to keep it short and sweet as no one is in a mood to listen to long bhashans. So I purposely kept it short by glancing at our tricolour and starting with,

I appreciated each item that had been put up by the brilliant students and how it had rekindled nostalgia not only in me but all the spectators present there as well. I touched upon Samy’s and my life in the Navy, Veterans contribution to Society, Armed Forces as a career option for students and the need for students to aim for a career they are passionate about. I could establish a rapport with the young minds. I personally congratulated Brenda ma’am the Anchor and coordinator for the well-presented function. I was indeed honoured and privileged to be a part of the School celebrations and thanked the Principal and teachers for the same.

After the program, we interacted with the PTA heads and the teachers who were involved in the rehearsals for the past few weeks. I sincerely appreciated their efforts and involvement in putting up such a fantastic show on our Independence day. Their smiles and the pride on the Principal’s and his beaming staff's faces writ large and was evidently the high point of the Day. We then were escorted along with a few parents for delectable breakfast of sumptuous Appam and stew in the staff room.

The Principal escorted us out to the parking lot to see us off. We warmly shook hands and exchanged pleasantries. As we drove home over the flyover, it was indeed a pleasure to see a visibly beaming Samy. His batteries seemed charged that he had drained at his Belapur Maritime college. (Akin to surfacing his submarine daily to charge its Batteries during deployments)

A memorable Independence Day that shall remain in our hearts forever. 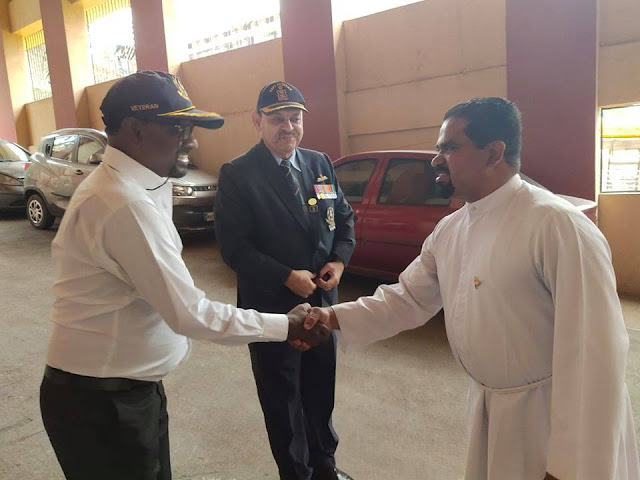 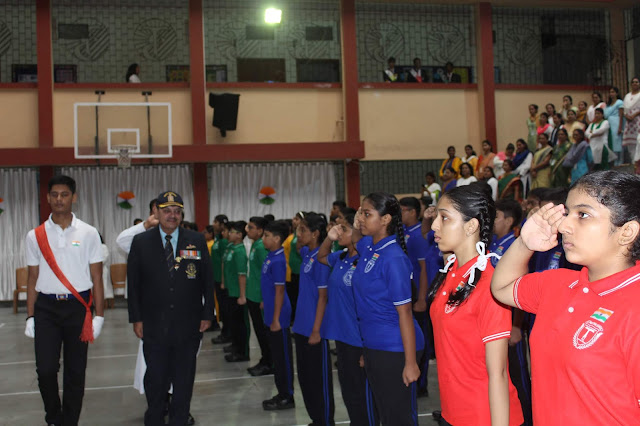 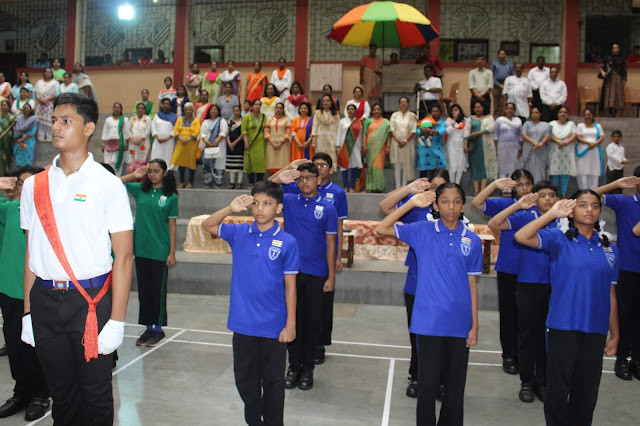 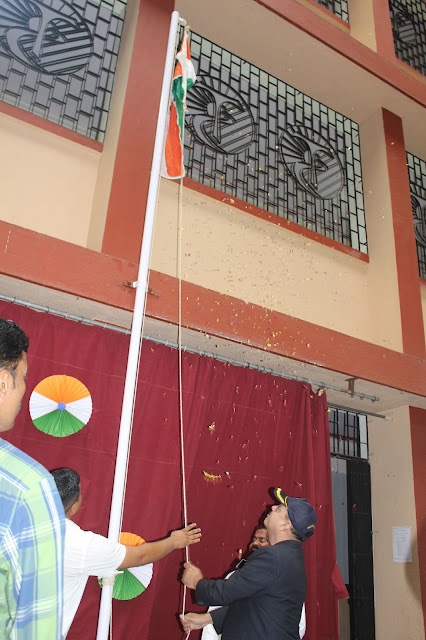 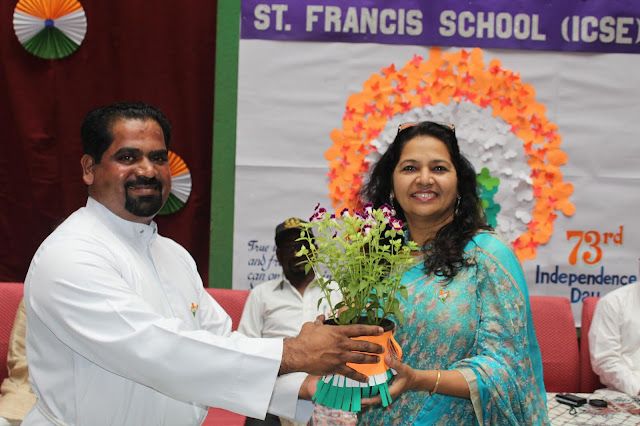 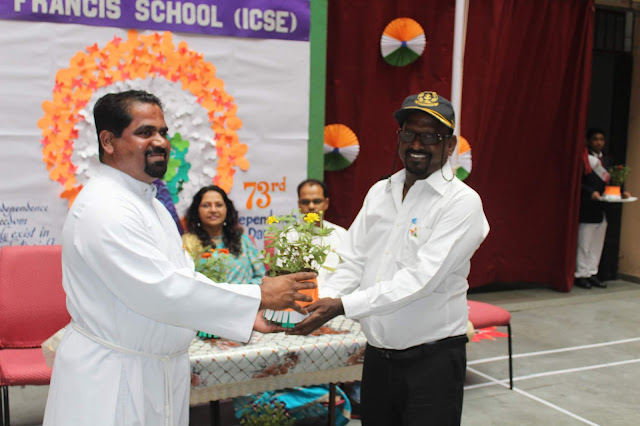 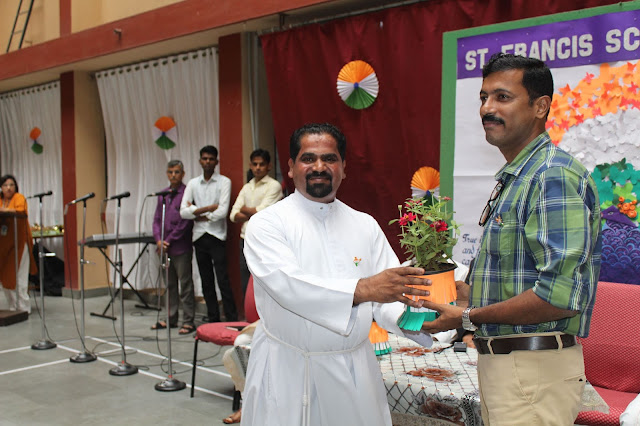 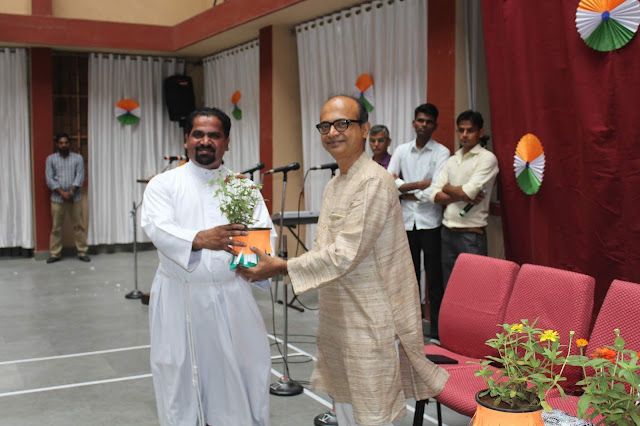 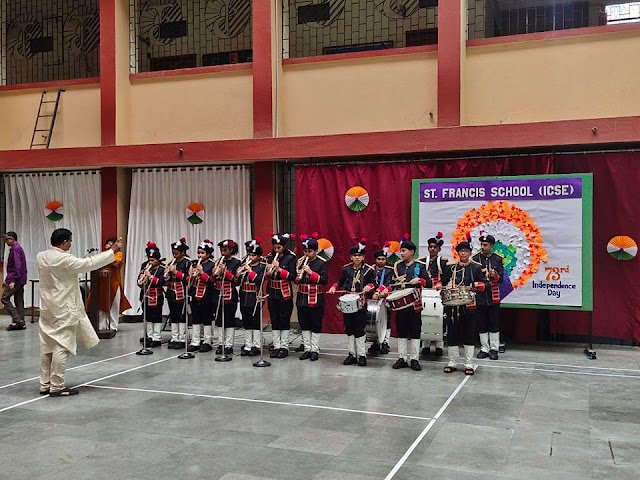 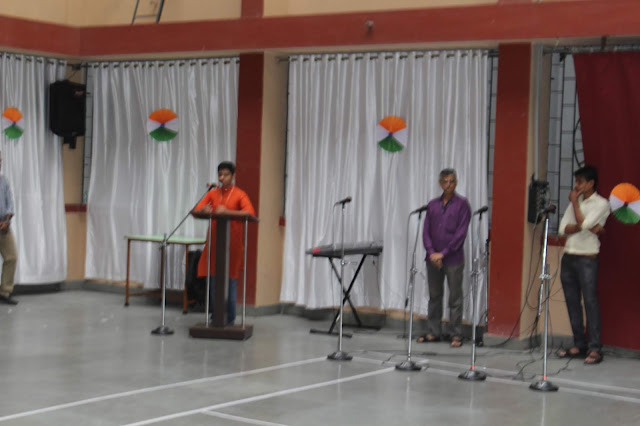 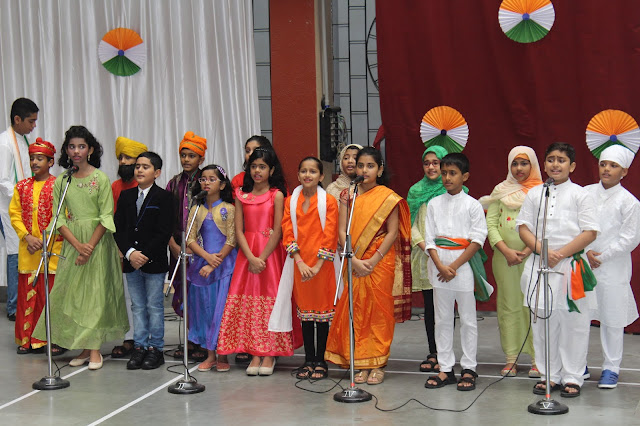 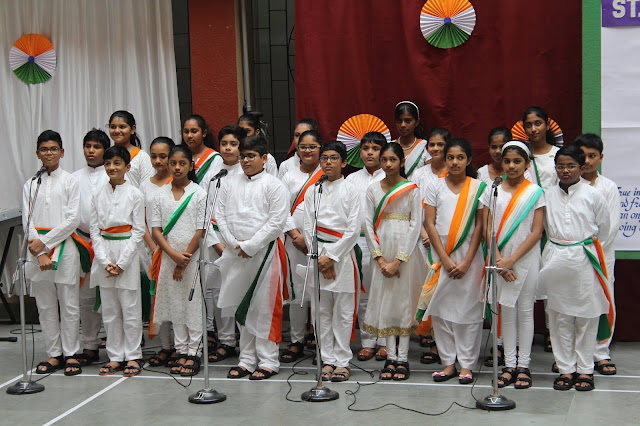 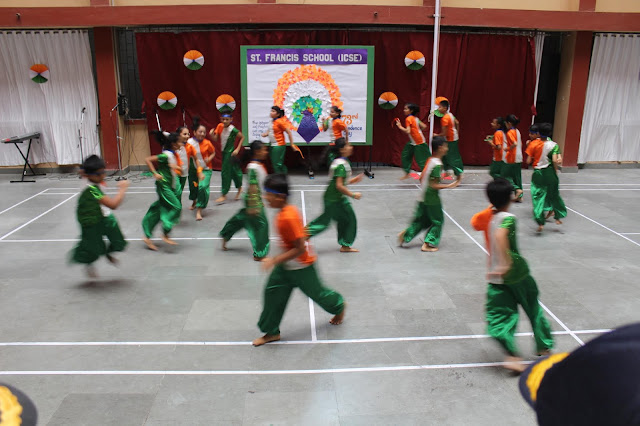 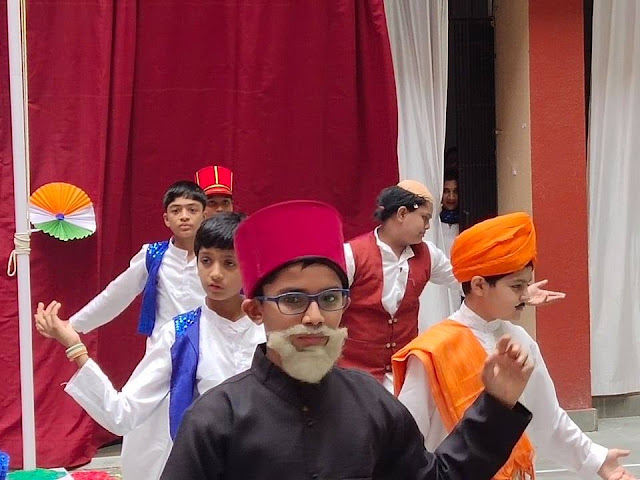 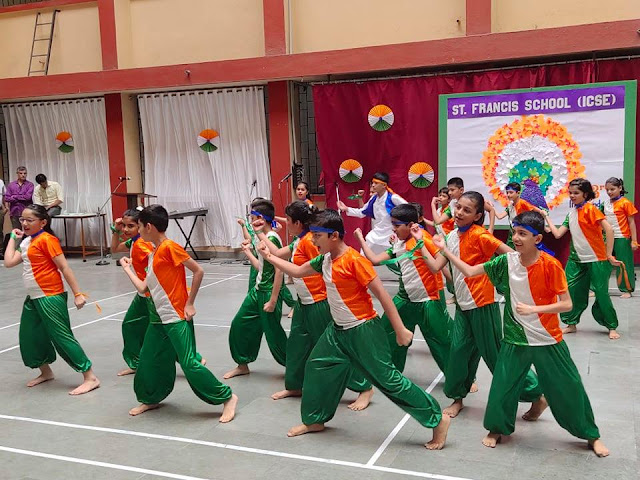 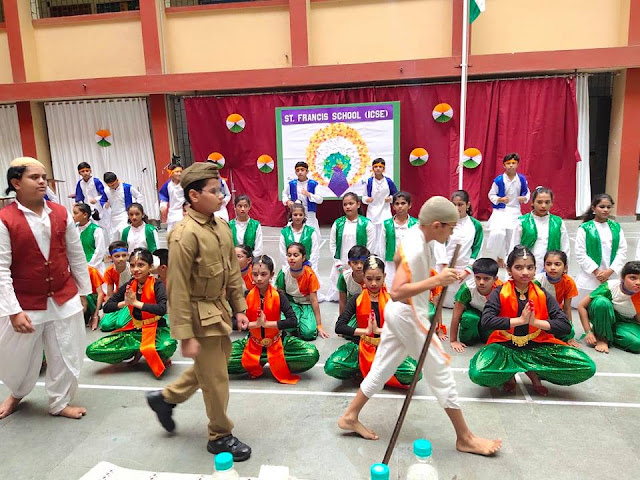 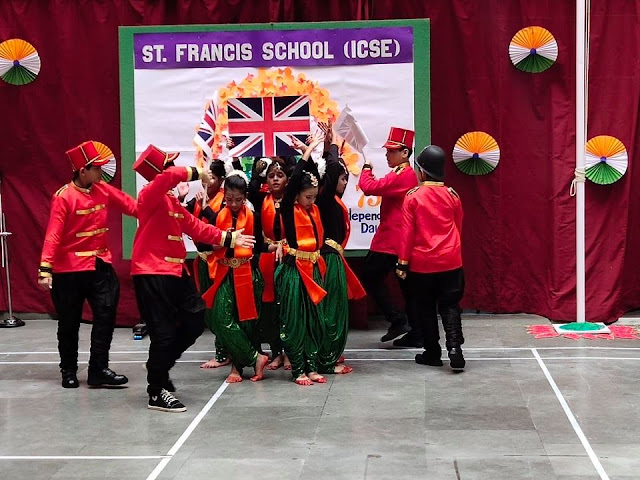 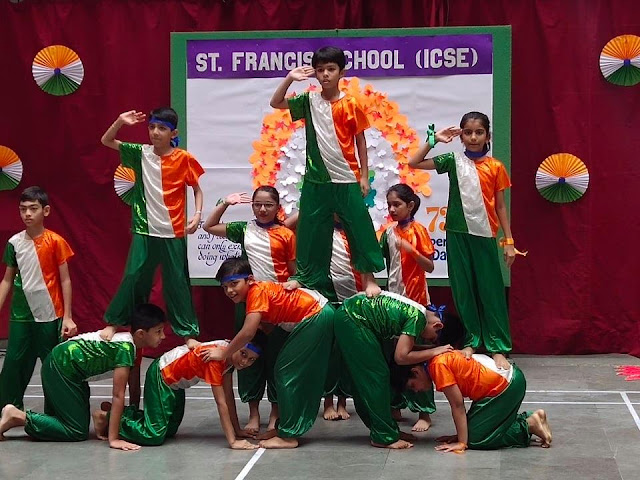 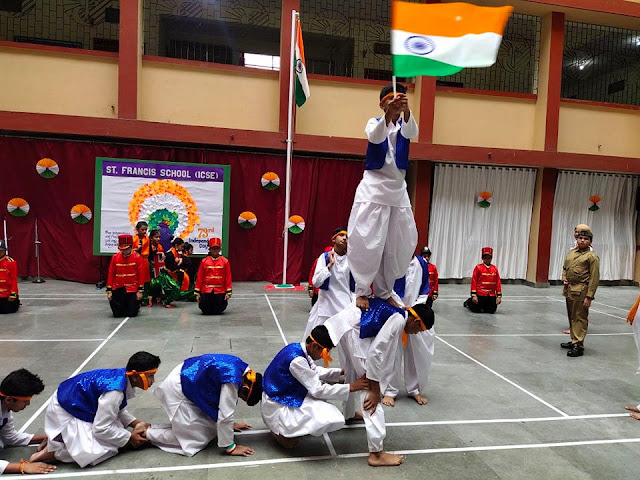 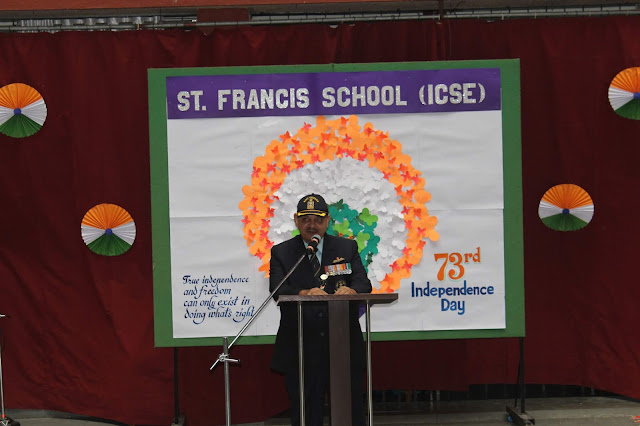 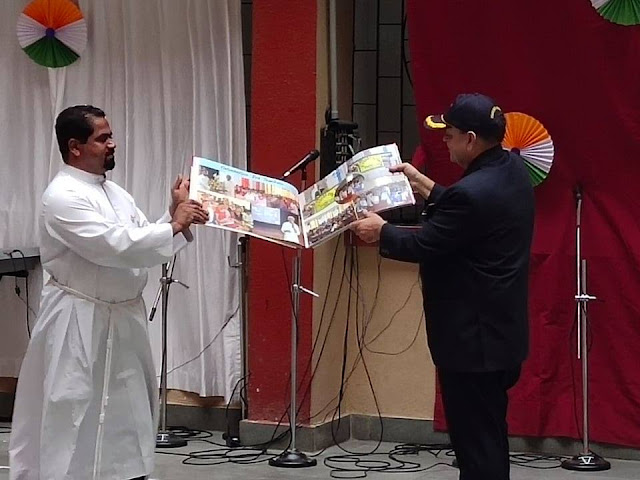 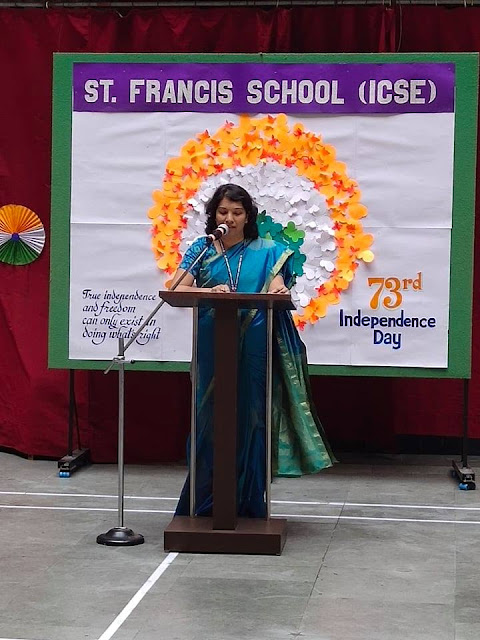 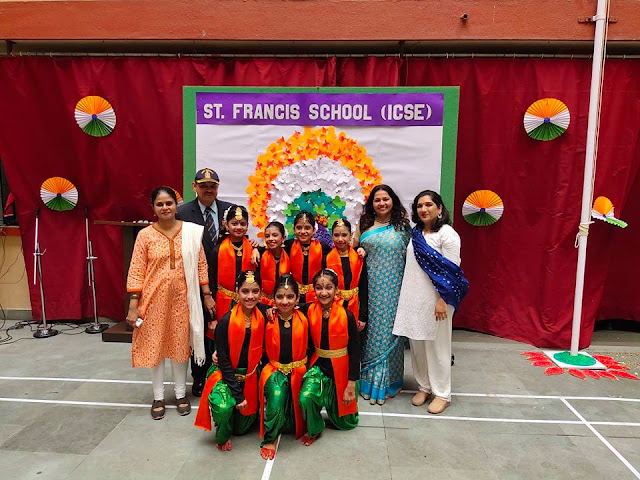 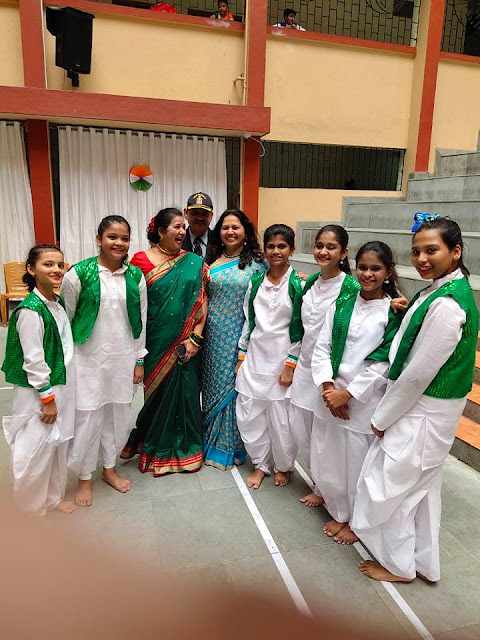 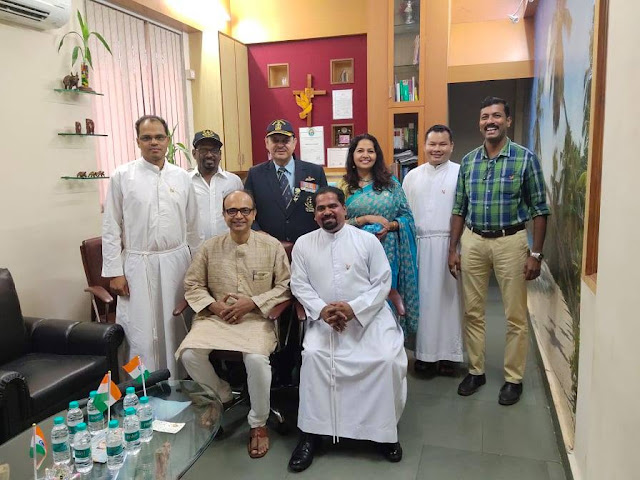 Commander Rajinder Dutta (Retd) has been a Naval Pilot and a Qualified Flying Instructor with about 3000 hrs of flying on various fixed-wing Aircraft of Indian Navy, viz HT-2, HPT-32, Kirans, Islander, Superconnie, Fokker F-27 and IL-38.

He is a Master of Ceremonies and a blogger. http://rajdutta26.blogspot.com/ 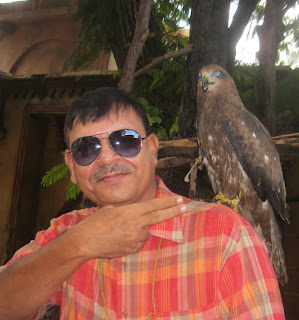