When the Present is in sync with the Past, the Future is bound to be radiant. The transformational Senior leadership of Indian Navy is a welcome development that is visible in recent times. Transformational Leaders are enthusiastic, passionate, genuine and energetic. These leaders are not just concerned about helping the group achieve its goals; they also care about helping each member of the group reach his or her full potential.

Management Committee of NFMC was indeed elated when Chief of Personnel, VAdm DK Tripathi, AVSM, NM  expressed his desire to interact with Veterans of Mumbai on 6 Jul 2022 noon time in IMSC. A whatsapp post was broadcast in early July for names and within 2 days 40 Veterans expressed their eagerness. The list was despatched to HQs. The weather did try to play spoil sport with Orange Alert issued. But that didn’t dampen the spirit of Veterans, who converged at the Venue from Mumbai and Suburbs despite odds. Such occasions are much awaited by Veterans. The bliss of interacting with like minded Veterans is priceless and evident during such a buoyant congregation. Among the serving personnel who graced the occasion were FOMA, CSO(P&A), CMO, Cd Wel O, Commanding Officers of Asvini, Angre, Kunjali, OICs of NAVPAY, NAVPEN, ECHS, and CABS.

The Chaiman IMSC and staff welcomed the Veterans ; Valet Parking provision had been catered for after which the Veterans were escorted to the Sea Lounge by IMSC staff. It was a pleasure to interact with serving personnel, prior to the arrival of the COP.

VAdm DK Tripathi, AVSM, NM is a tall and handsome Admiral, who entered wearing a smile with a confident gait.( We had been shipmates on INS Ranvir as young Lts in 1989-90) Cdr Vijay Vadhera, President NFMC took to stage and welcomed the COP of behalf of all Veterans and mentioned that the Veterans were pleasantly agape at this unprecedented gesture from a COP. He requested the Admiral that before migration of Pre 2016 Veterans is undertaken a review of feedback of post 2016 retirees be considered.

Adm Tripathi in his address brought out the positive aspects of the Agnipath scheme stating that it’s a pilot project and after 4 years the scheme may be appropriately tweaked, albeit he was personally optimistic about the scheme(Vids below). He also mentioned about Sparsh, which has no roll back option but migration of pre 2016 shall take some time, after complete implementation with post 2016 retirees. The sparsh team is on a tour and presently in Vizag conducting workshop for NFVC. He also briefed about the new acquisitions including status of IAC Vikrant.

Later the bar was open and the Admiral had personal interaction with Veterans over a glass of beer. The Agnipath scheme was further discussed and all Veterans were thoroughly satisfied with the idea of Nation building and optimistic about the outcome of the scheme. Cdr Vadhera mentioned to COP about his interaction with RM and proposal of Pan India conduct of Veterans Day Parade. The RM was in agreement and had assured about taking up this issue during Chiefs meeting in presence of CNS and CinC. Cdr Vadhera requested the COP to remind CNS about it.  The COP mentioned that NHQ has taken up the case of Capt (TS) notional promotion of Veteran Cdrs affected by AVSC,  with the MOD and we can hope for the best.

The interaction had been highly satisfying for the Veterans present. The Continental lunch to follow was delectable and exquisite, topped up with chocolate cake and Vanilla ice-cream.

Post interaction with Veterans, COP had a personal meeting with Cdr Vadhera and LtCdr Farokh Tarapore, Coach of Indian Sailing Team for forth-coming Asiad and next Olympics, in Secy IMSC’s cabin. Being President of Indian Naval Sailing Association, COP later paid a visit to INWTC and met the OIC and staff. (Photos and Indian Navy tweet below)

President NFMC’s msg for NA to CNS and CinC:

Glad to inform that today’s interaction of NFMC Veterans with COP was super success which was well appreciated by all of us . Hot topics like Sparsh & Agnipath were very well explained by COP removing most of the apprehensions of the Veterans. COP has promised to make this an annual event which is welcomed by NFMC. Pse do pass on to our Chief and also thank him from my side for taking this initiative. It is for the first time that any COP has ever interacted with Veterans. Warm Rgds

Cdr Vadhera (Retired but not yet Tired) 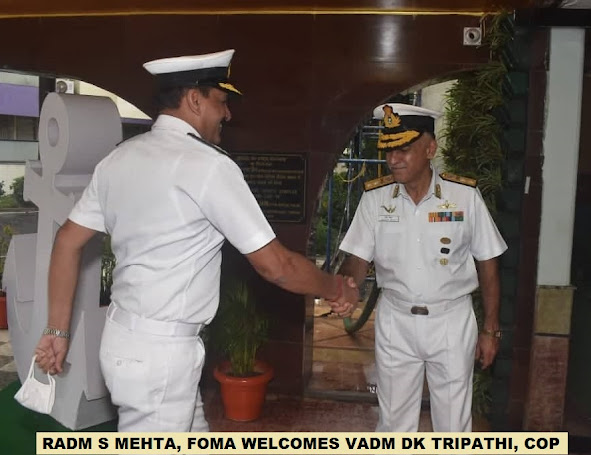 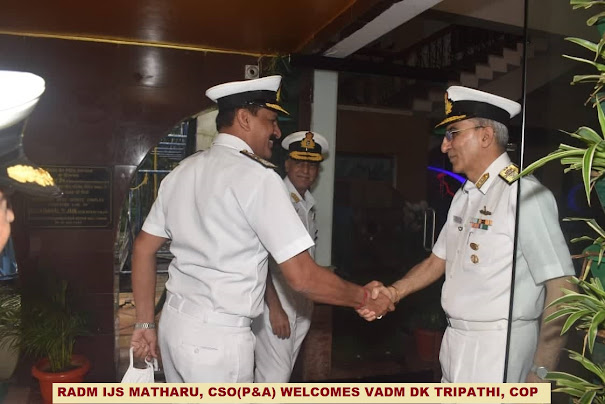 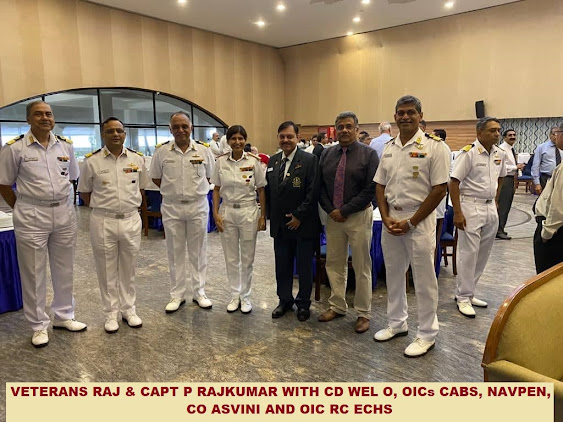 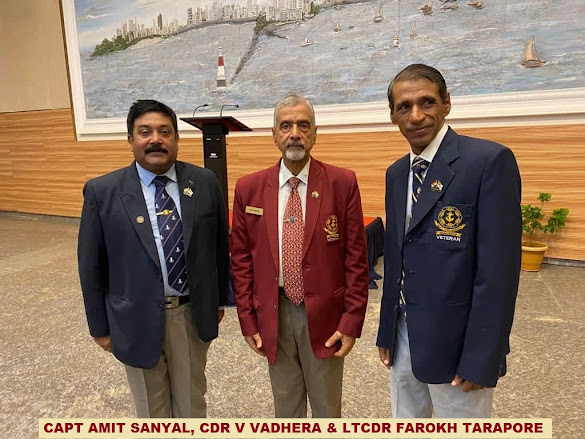 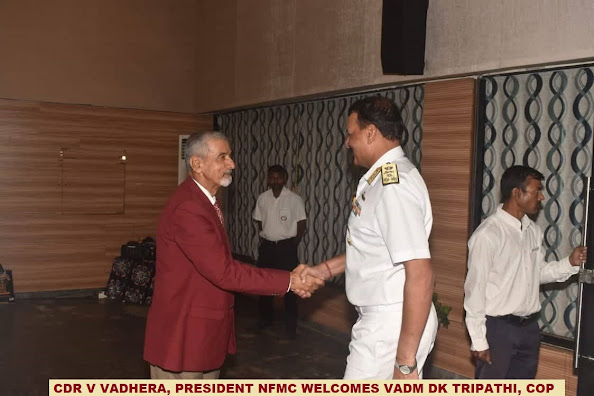 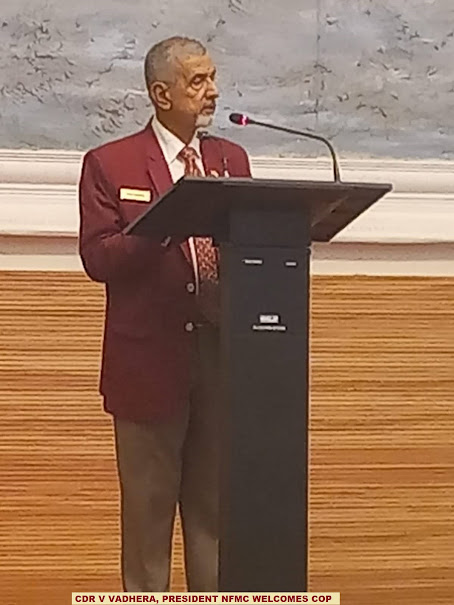 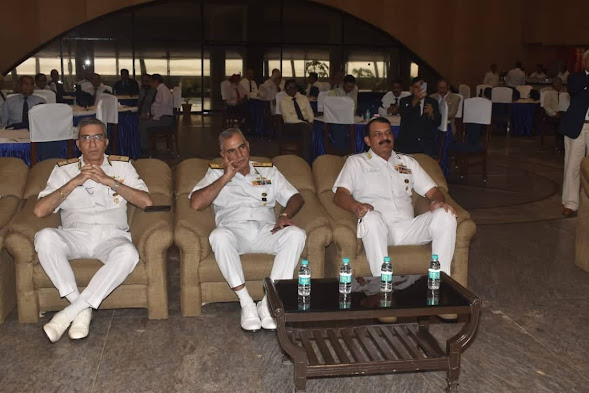 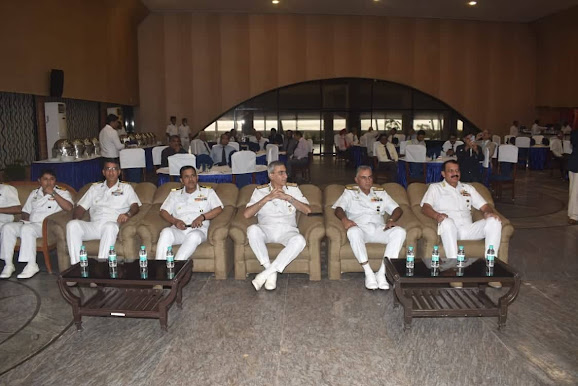 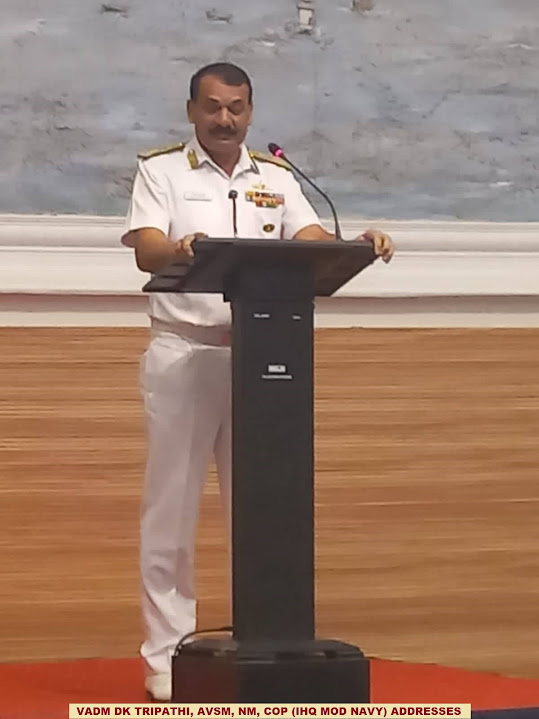 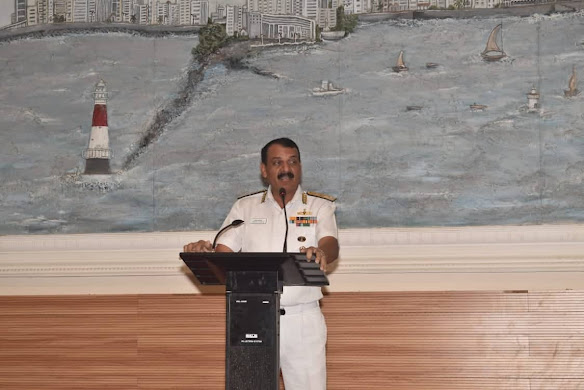 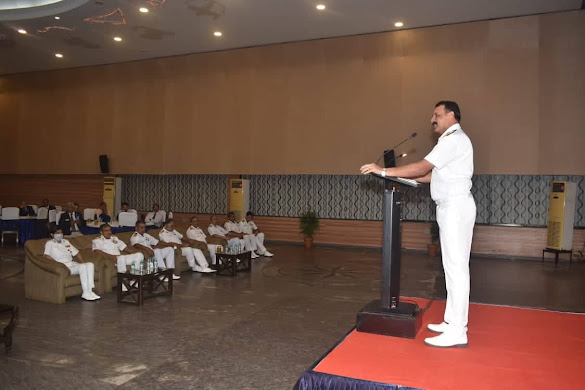 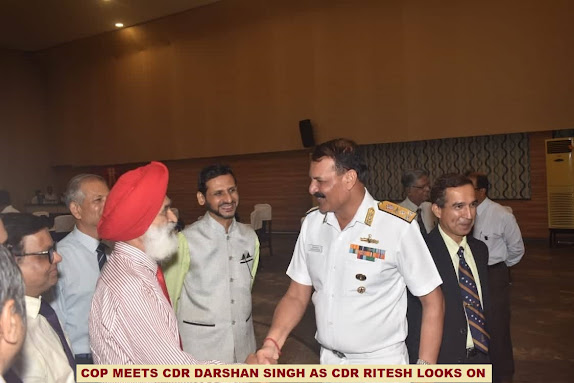 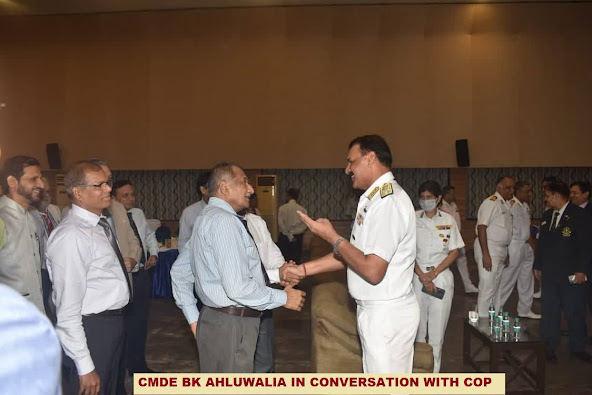 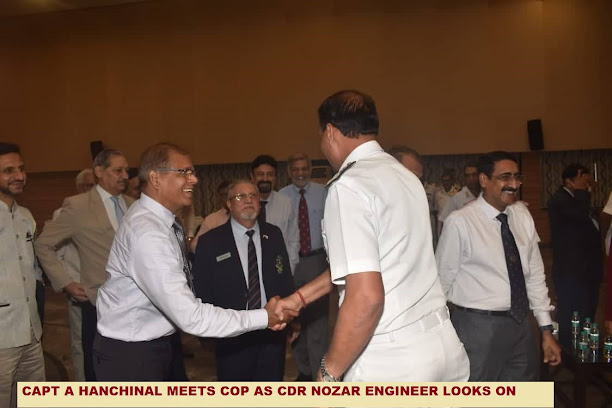 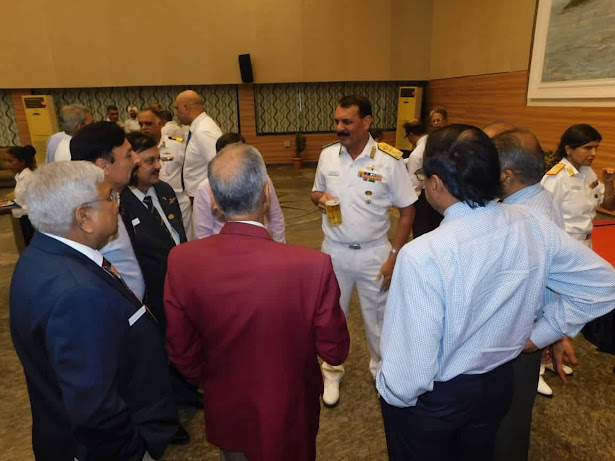 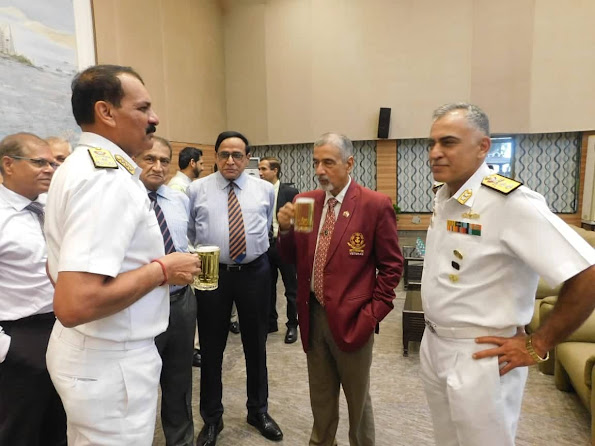 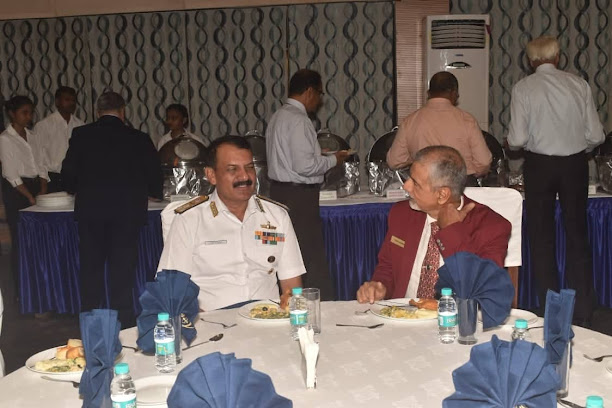 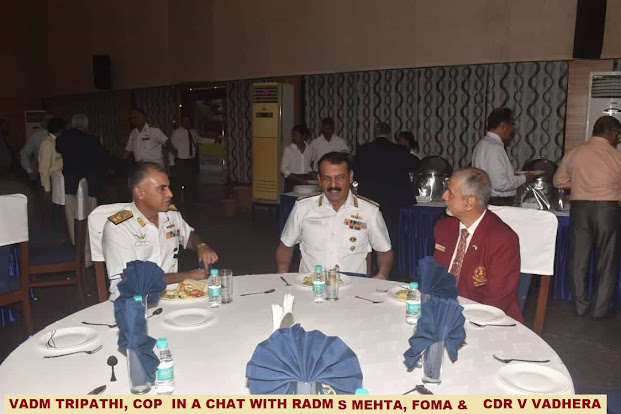 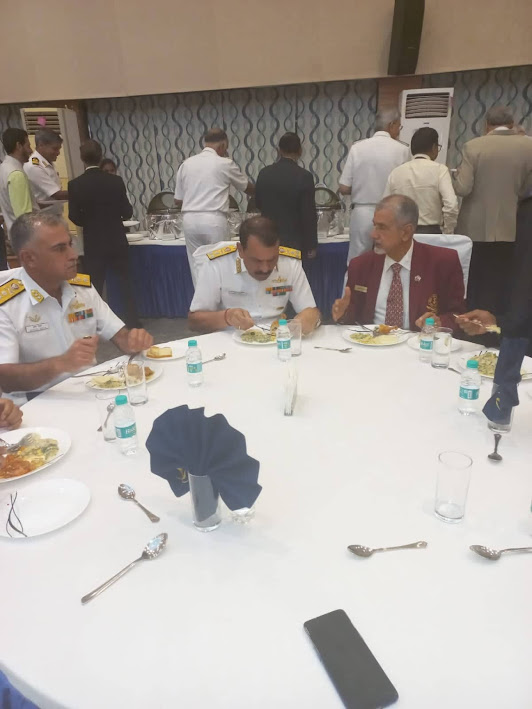 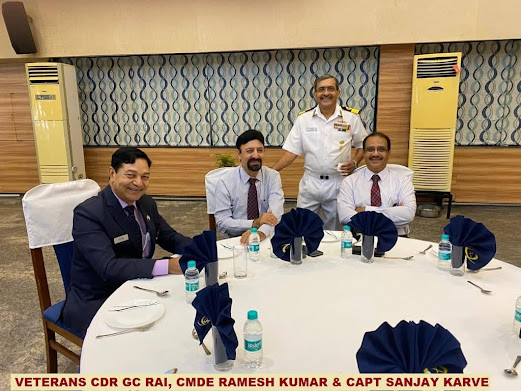 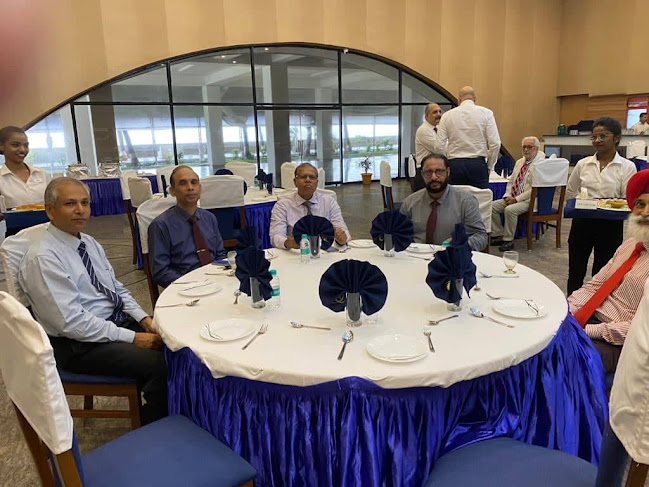 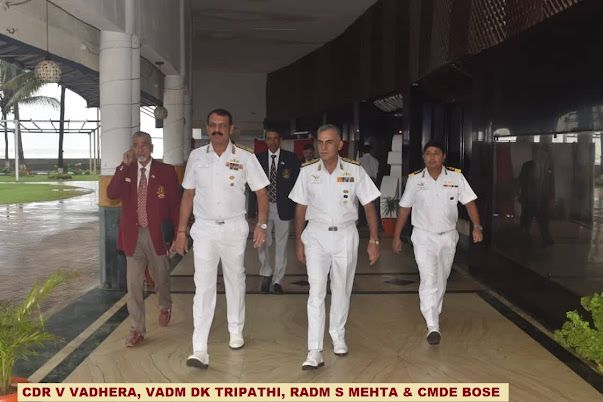 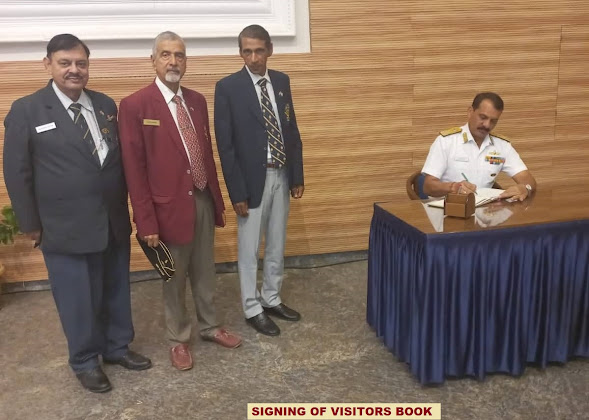 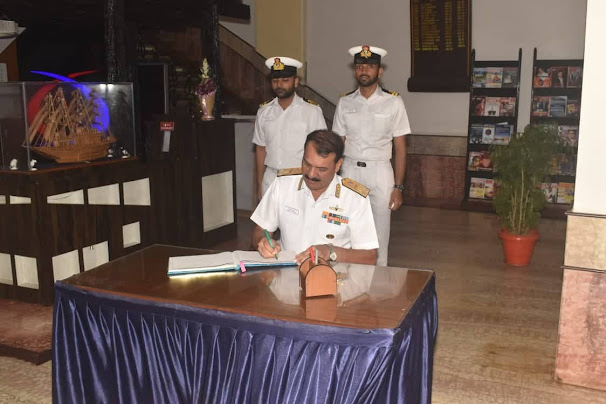 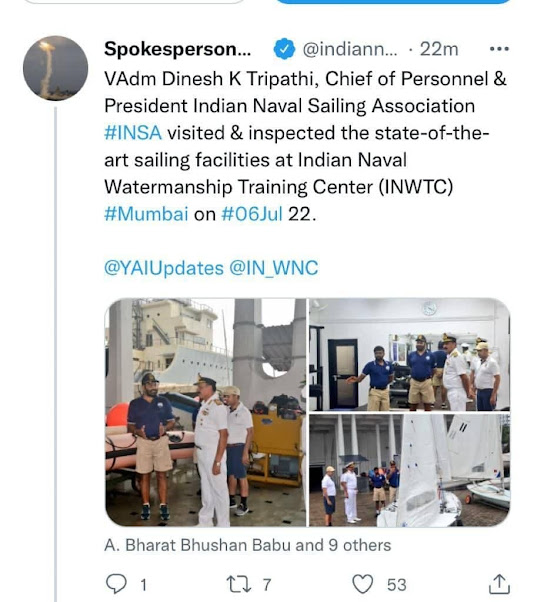 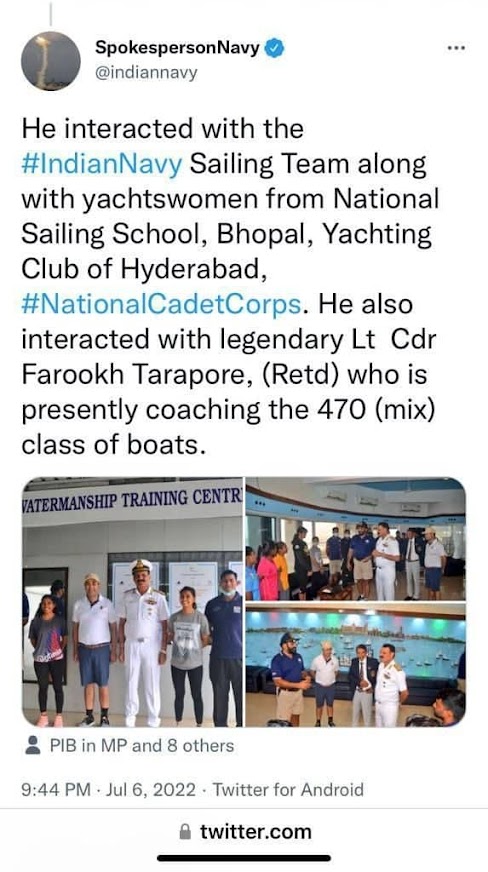