INDEPENDENCE DAY – 2018
========================
I was pleasantly surprised when the elegant Principal of Udyanchal High School, Mrs Rekha Pandey called me up a week before our 72nd Independence Day and requested me to grace the occasion in their School. I gladly accepted the offer and thanked the Lady.
Udayachal School is situated in Vikhroli East, Mumbai,. Udayachal means "eastern mountains". It is affiliated with the International School Award that is awarded to elite schools by the British Council. Owned by the Godrej family and established in 1955, the school has approximately 1335 students.
The School had offered to pick me up from Borivali, a distance of about 30 km, but I politely declined as I and Meena had planned to drive down to our Pune Home for a few days after the function. We left our home at 0615 hrs to be at the School in an hour. We were cordially received by the Principal and were introduced to a few members from British council. We also met, Mrs Smita Godrej Crishna, the Management head of all Sections of the Godrej Schools. She was blessed with a Queenly graceful aura. From our interaction, I could fathom that the School’s educational structure and ethos stand tall on a strong foundation laid by Pirojsha Godrej and reinforced by his successors.
A smart Guard of scouts was paraded for inspection prior to we all moving to the assembly hall for the main function. After the unfurling of the tricolour, a wonderful programme was presented by the students depicting and based on the freedom struggle, Unity in Diversity, National integration and Women Empowerment. After the cultural programme that lasted for an hour, prizes were distributed to the bright students in various categories.
Although I thought of an elaborate speech, my wife who has been a teacher for 15 long years, told me to keep it short and sweet as no one is in a mood to listen to long bhashans. So I purposely kept it short by glancing at our tricolour and starting with,

I appreciated each item that had been put up by the brilliant students and how it had rekindled nostalgia not only in me, but all other parents present there as well. Besides congratulating the awardees, I exhorted the other students to do well. Having been a scout and NCC cadet myself and having commanded Naval NCC unit, I could establish a rapport with the young minds. I was indeed honoured and privileged to be a part of the School celebrations and thanked the management for the same.
After the program, we moved to the Principal’s office for the refreshment and interaction with teachers who were involved in the rehearsals for the past one month. I sincerely appreciated their efforts and involvement in putting up such a fantastic show on our Independence day. The smile on Mrs Smita Godrej Crishna and the pride on the Principal and her staff’s faces writ large and was evidently the high point of the Day.
After the customary pleasantries, we were escorted to our vehicle to continue our further journey to Pune. A memorable Independence Day that shall remain in Hearts forever.
PS - My NCC cadet Mayur Kamat, (presently a GC in OTA) had mentioned my reference to his graceful teacher Mrs Binaifer Chhoga, Principal of the Udyachal Primary School, for me to be invited for the honour. 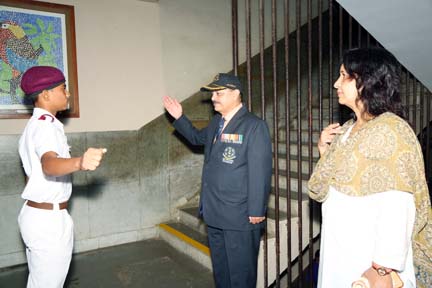 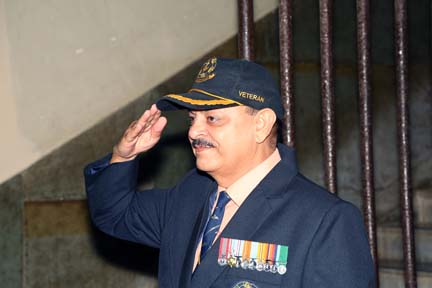 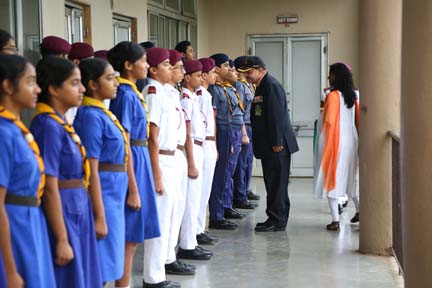 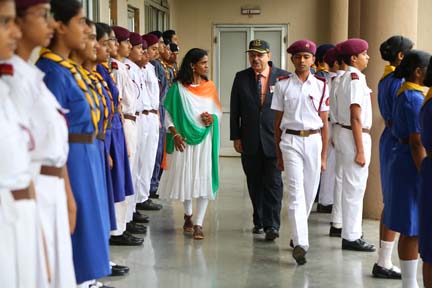 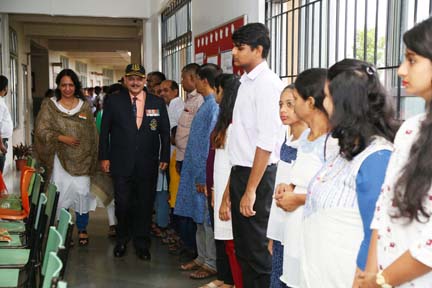 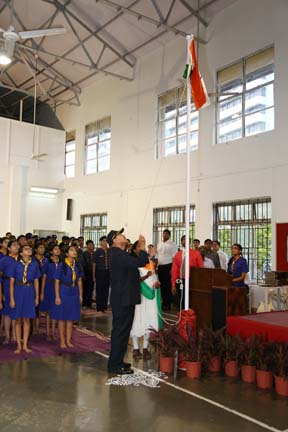 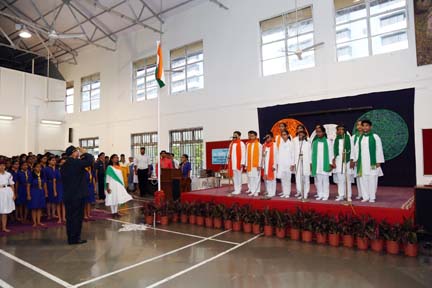 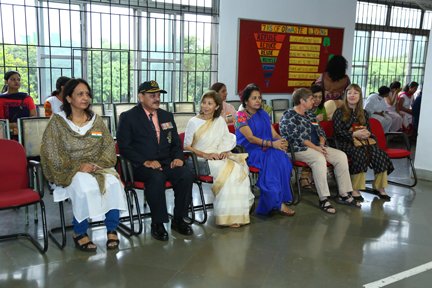 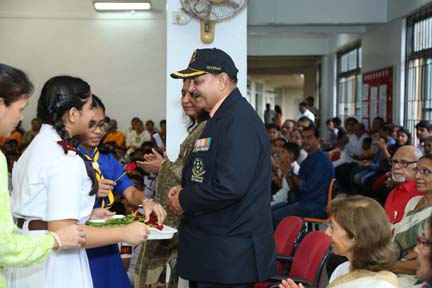 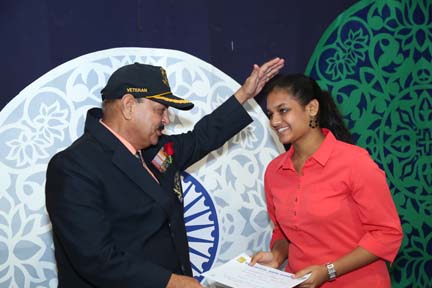 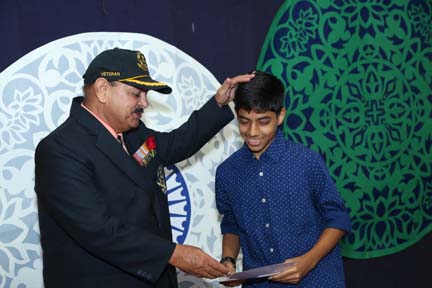 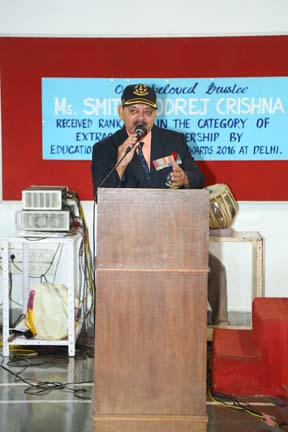