THE  ADMIRABLE  ADMIRAL
VAdm HP Mukherjee, PVSM, AVSM, VSM,  DGMS(Navy) born on 01 Oct 41 in Maluti vill, Santhal Parganas (WB), walked into Sunset of his life in the forenoon of Sun 17 Mar 2019 in INHS Asvini. As a child, he excelled in St John’s Ranchi before accomplishing his MBBS from Prince of Wales Medical College, Patna. He was blessed with a calligraphic hand and had mastery over both English and Hindi that were impeccable. Having joined the Indian Navy in Feb 1964, Surg LtCdr HP Mukherjee specialised in Aviation Medicine at IAM Bangalore in 1972. It was during this specialisation, he met a beautiful Army Dental Officer Capt Kanta Chaudhry at Command Hospital and they fell for each other and tied the knot. After specialisation, he was posted to Naval Airstations INS Hansa, INS Garuda and onboard ships as PMO. He progressively ascended his promotional career, during which they were blessed with a baby girl Sonali, who herself is a Dentist now and runs a clinic in Juhu-Versova. Sonali and Kunal are blessed with a child prodigy, Siddhant with highly developed cerebral acumen, just as the Admiral. He is a Maharashtra under 7 chess champion and selected for Nationals scheduled in Jun this year. His elder sister Aalika(14) is an exceptional artist on the footsteps of her Nanaji, who himself was a super Artist and played all musical instruments. Aalika has been selected as the Arts Prefect of her School.
The greatest tribute that we could pay to the Admiral is by recalling the glorious moments of his Life. I met the Adm when he was PMO INS Garuda in 1981. We were 7 rookie AgSubLts freshly posted to INAS 550 after our initial flying training with the Air Force. The MI Room Garuda was right opposite to our Squadron hangar and Surg Cdr HP Mukherjee used to come over to our squadron for goofing as the aircrafts used to taxy out in the morning. ‘Goofing’ is the term for ‘watching aircraft flying’. One morning I got a call from him me to report to MI room for medical examination as my Med Docs had arrived from IAF Dindigul, wherein I was placed in Temp med cat due to DNS (Deflected Nasal Septum). He examined my nose with his instruments and boldly declared ‘No DNS, Go fly’ and made an endorsement in my med papers. The same year I and Gopa were posted to INS Hansa to fly the Connie and lost touch with the Adm as we were never in the same base, till I met the Admiral in Asvini last Nov.

After Garuda Surg Cdr Mukherjee was posted to INS Ranjit as PMO for his sea-time. Cdr GC Rai who was on board those days mentioned to me an incident, wherein the PMO while at sea had diagnosed a faulty Gear Box by closely monitoring and analysing its audio frequencies with his stethoscope and reported to the Commanding Officer. Great ingenuity in  ‘Out of the Box’ solution.

Surg Cdr Mukherjee was promoted to the rank of Surg Capt in 1988 and Surg Commodore in ’94. Three yrs later he became a Rear Admiral and was posted as Commanding Officer INHS Asvini. He played a pivotal role in Asvini’s modernisation project, starting from the blueprint stage (when he was a Capt) to the commissioning of the huge  New Building and the NIDC building when he attained the top position as Surg VAdm as the Director General  Military Services (Navy).

VAdm HP Mukherjee hung his uniform in Aug 2002 and settled in Juhu Versova. He was hale and hearty till Oct 2018, when Pneumonia took its toll and he was in and out of Asvini for a couple of times until walking away into the Sunset of his Life on 17 Mar’19. Admiral had been keeping a keen eye till his last day on the proceedings of his grandson Siddhant’s State Chess Championship in Pune. Siddhant was to play his 10th  game on 17th Mar. When sobbing Sonali rang up Pune to inform her better half Mr Kunal Bharti of Admiral’s demise, she enquired of Siddhant’s 10th  match. Kunal’s reply set the goosebumps for both of them…that since Siddhant had won all 9/9 matches, he was the outright Champ and the 10th  match of 17th  was insignificant and ruled out for him. Was the Holy Soul of the Admiral waiting to ensure a 9/9 win for Siddhant, before leaving for the heavenly Abode !!!

Mrs Kanta Mukherjee is a courageous lady, an active Social worker for Juhu-Versova and a Committee Member of NFMC (Navy Foundation Mumbai Chapter). Cdr Vijay Vadhera, Secy NFMC arranged for the Funeral process and he albeit with moist eyes consoled Mrs Mukherjee on the need to ‘Celebrate’ the Life of the Admiral. The wreath-laying on behalf of CNS, DGAFMS, DGMS(Navy), Cmdt AFMC, CO Asvini and President NFMC was performed with Military honours at INHS Asvini at 1130 hrs on 18th Mar prior to cremation at Chandanvadi. A large number of service and civilian personnel took part in the funeral procession to bid their Final Good-Bye to their beloved Admiral.

A man with a Hard exterior,
Never conversed in IF or BUT,
Had a very Soft interior,
Just Like a Coconut.

In a crowd he stood apart,
His words could mesmerize
Since his speech was a Work of Art,
He could cut anyone to his Size

Never seen him, Shirk,
Was hardworking n Sincere,
He used to toil at Work,
Sans any Favour or Fear

Full of Grit n Determination,
He rose to be our DGMS,
No doubt of his Promotion,
He served the Nation without a Fuss.

As He walks away into Sunset,
We Pray for his Soul to Rest in Peace,
For youngsters the Path he has Set,
His Phenomenal inspiration shall Never Cease. 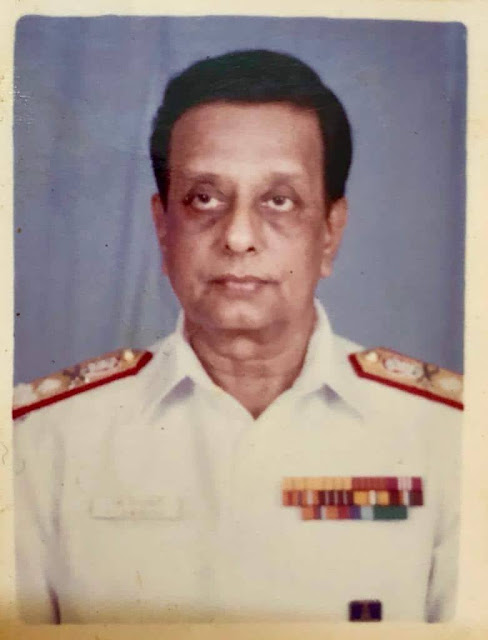 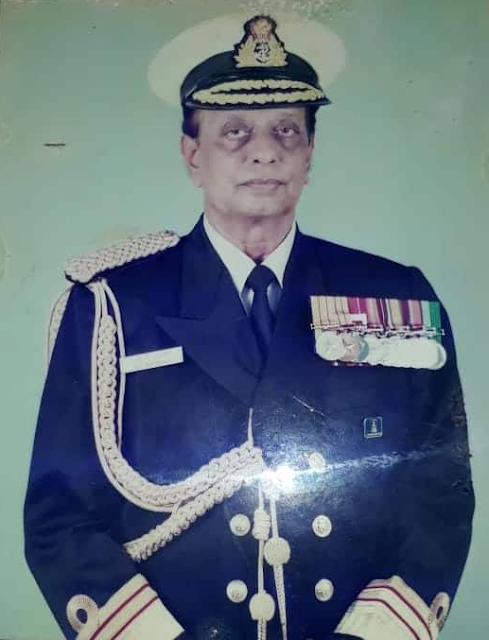 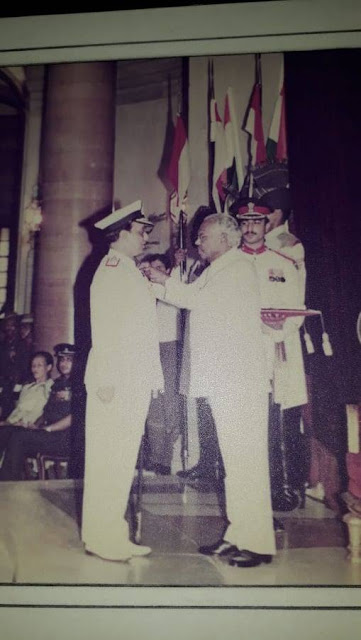 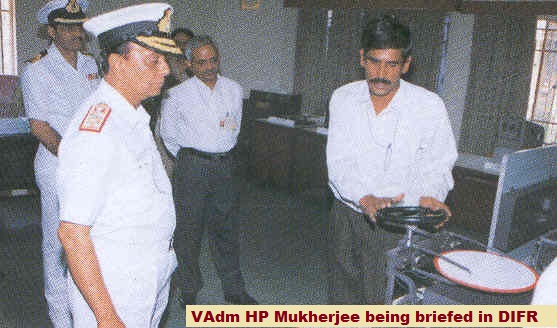 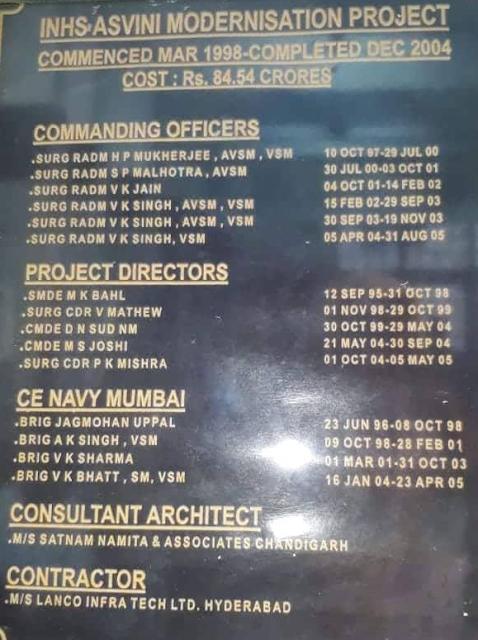 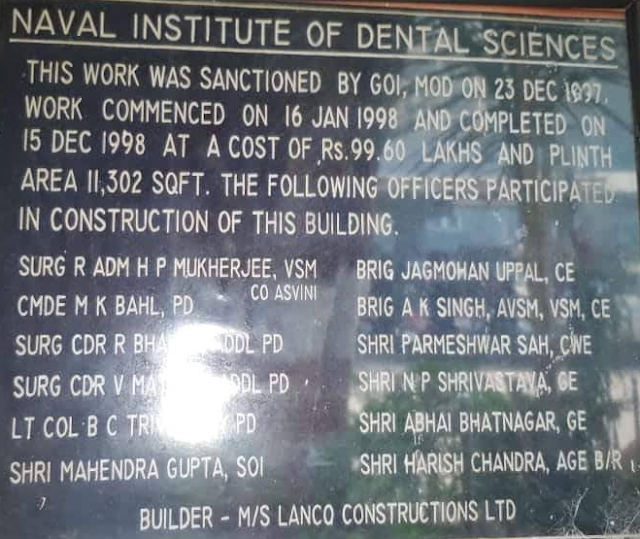 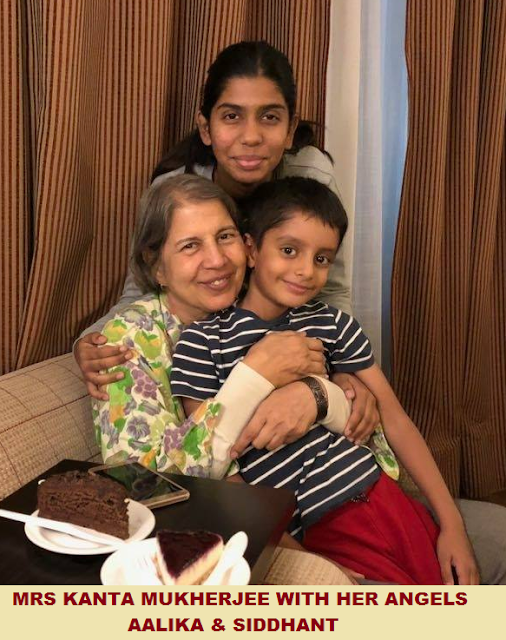 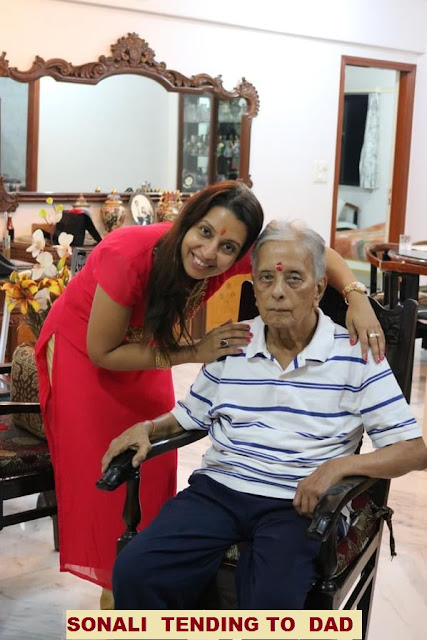 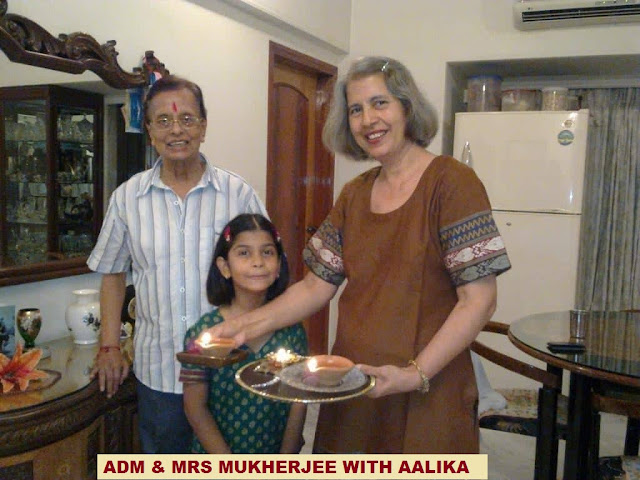 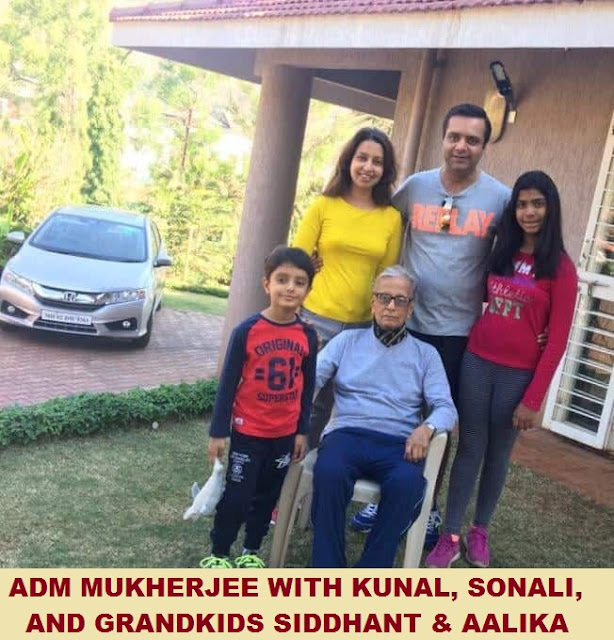 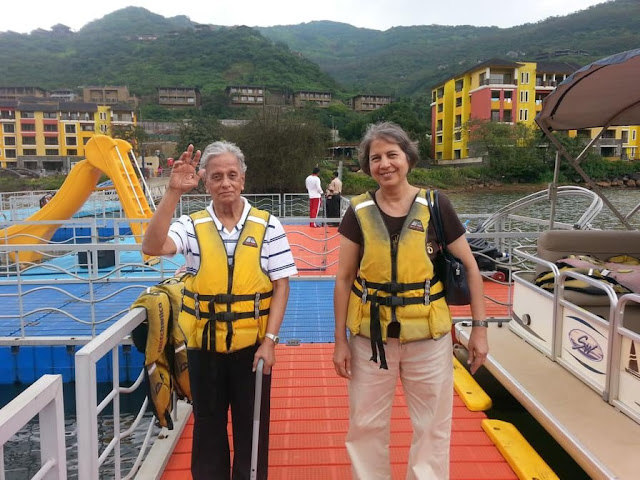 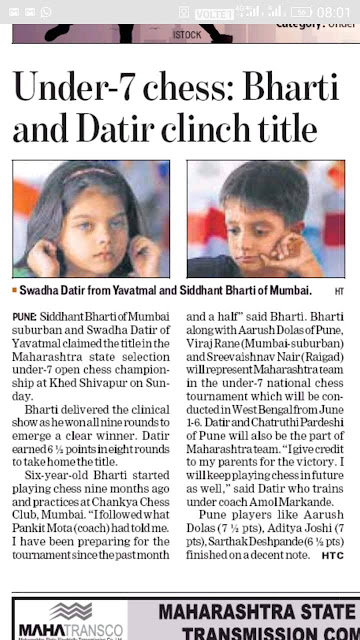