After absorbing Raju’s (Rajeshwari Kori) post on her visit to ‘Chai Pe Charcha’ it had been my ardent desire to give it a peep. It materialised yesterday, after me and Meena were on our transit back from Tambola at US Club, Colaba to Borivali.


Mr Prashant Kishor 37 yrs young entrepreneur is credited with thinking up the wildly successful 'chai pe charcha' campaign for Mr Modi, turning a generic outreach programme into a branded activity, after Congress leader Mani Shankar Aiyar made a comment on Mr Modi's past as a tea-seller.


Well these are small style outlets in some cities were anyone can step in for some fun…The place is asthetically done up and the table-tops are large boards of Ludo/ Snakes and ladders/ Chess to enjoy your time while you await your order ….There are 4 such outlets in Mumbai.
When we stepped into the Fort oulet at a stones throw from VT (CST) we were greeted by young boys and girls who run these cafes. There were some young people on a couple of tables enjoying. We grabbed a table adjoining the counter and ordered two mini meals of Parathas, cheese dish and curd along with Chai and Lassi and got on to travelling back in footprints of Time to play Snakes and ladder. A game that I remember we used to cheat to escape going on to the mouth of the snake…Well I used to sum up the existing score with the number on dice to jump on to the new square…Meena reminded me to count and proceed one square at a time…She progressed fast to the nineties but was bitten twice by the 3 snakes waing for her on 92, 95 and 99….Interesting game that I eventually won after the initial lag….The food had to wait a bit for my eventual victory that she sportingly conceded…We jumped on to a game of Ludo, as we savored our meal…I was fast to get the first two coins home and got stuck on the other two as She stuck mine thrice…She won this bout….
It was pure fun as we snapped some pic before clearing the nominal bill and thanking our hosts….The meal was delicious and the time well spent…..Any takers to join us on our next visit to our childhood. !! 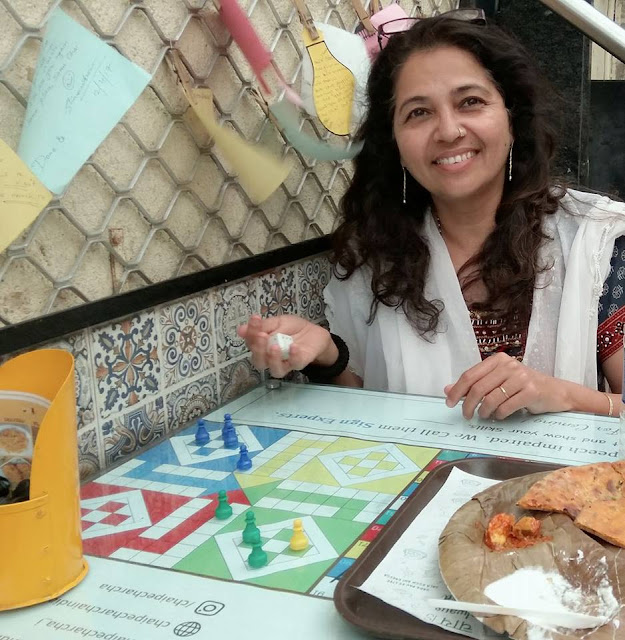 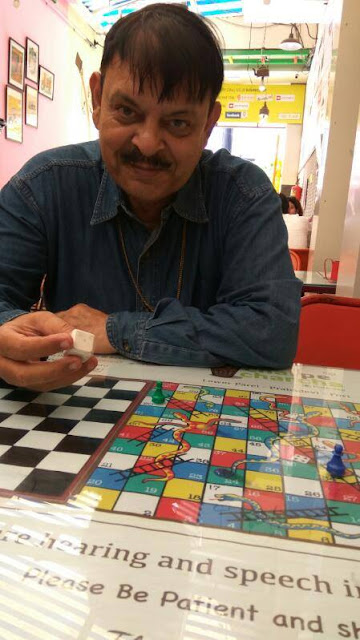 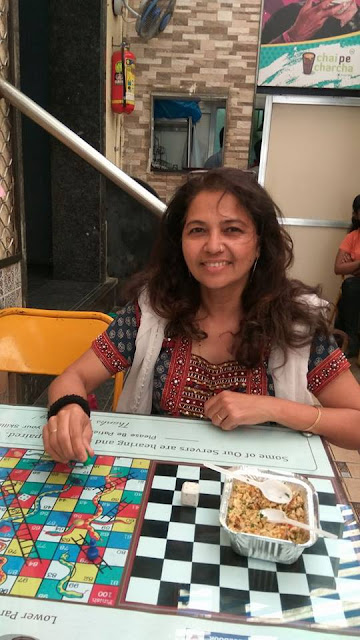 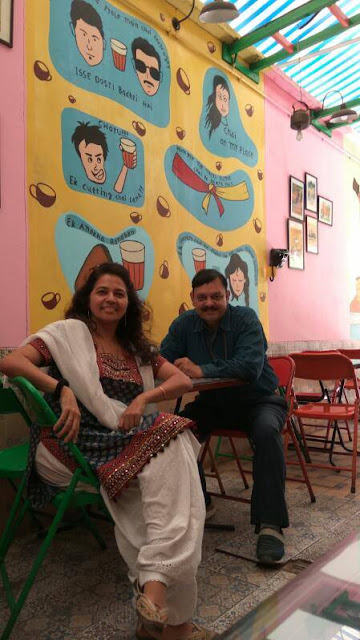 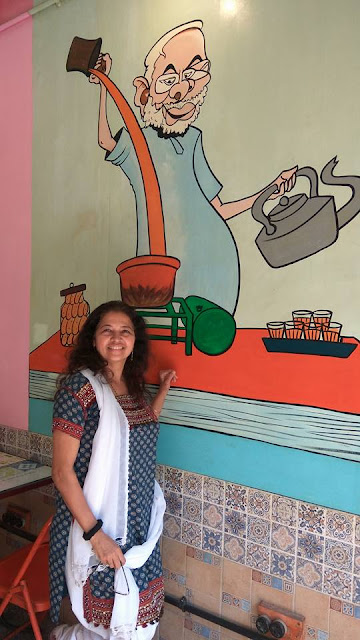 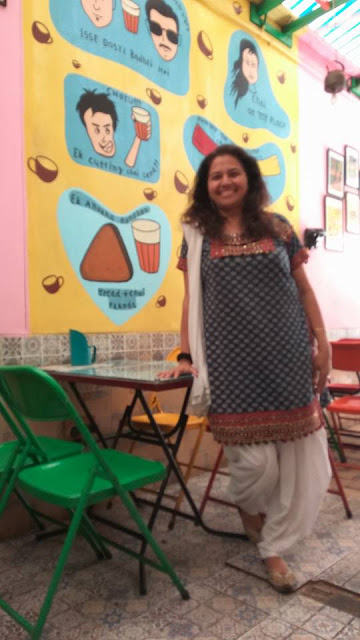